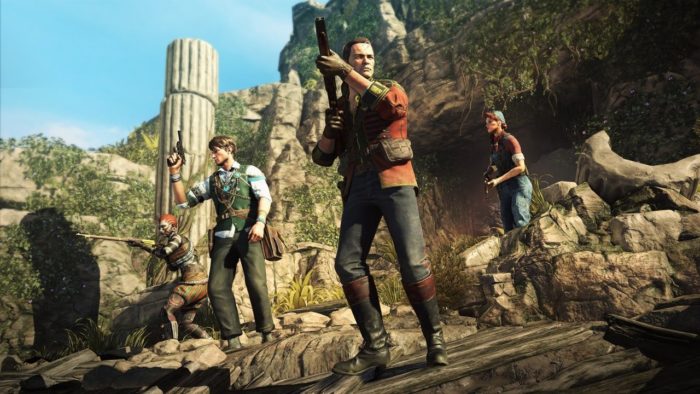 Rebellion Developments’ upcoming Strange Brigade has a new trailer and plenty of footage to pore over now, which introduces the “fearless fortune hunters” you’ll be playing as in the solo or co-op modes.

You’ll take on an Egyptian witch queen named Seteki as she rises from her tomb with a whole cadre of mummified monstrosities, as you explore ancient ruins, solve puzzles, and slay a cavalcade of undead enemies that want nothing more than to bring you down. Using weapons ranging from the fiery Krakatoa, the icy Chill Burster, and the brain-busting Blunderbuss, you’ll be tackling supernatural foes left and right.

It’s certainly an interesting take on co-op gaming, with plenty of traps set in your way, secret entrances, ancient contraptions to impede your progress, and enemies to fight off as you grapple with a host of things that want you dead. Having a good look at this reveal teaser ahead of E3 2018, it’s almost evocative of Call of Duty’s multiplayer Zombies mode.

The trailer itself has a wacky, retro-inspired feel to it that makes it familiar and unique at the same time, which you’ll notice when you take a look, but Strange Brigade looks like it’s in a class all its own, and you can check it out below. We’ll have to wait until E3 rolls around for additional details, unfortunately. We’ll be saying that a lot lately, so might as well get used to it.