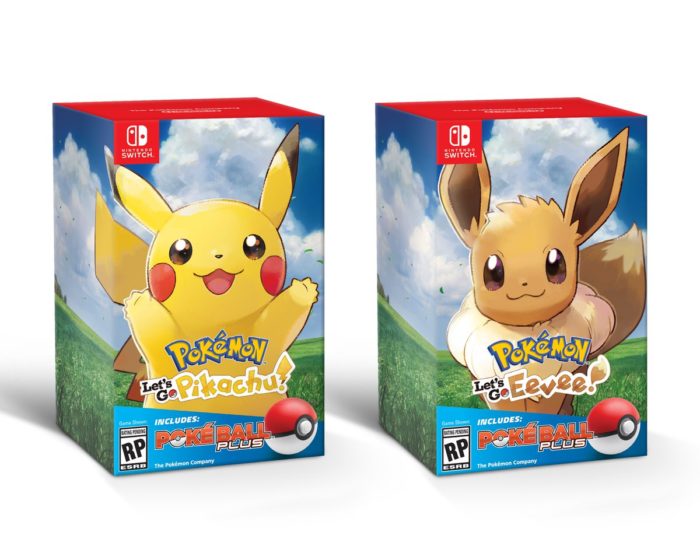 The Poke ball Plus peripheral to Pokemon Let’s Go Pikachu and Eevee has been listed for pre-order on Best Buy’s website at $99.99. The base game is listed at $59.99, though the price of the Pokeball Plus on its own has yet to be announced.

Announced a few weeks ago by Nintendo, Pokemon Let’s Go Pikachu and Pokemon Let’s Go Eevee will put players back into the Kanto region with revamped graphics and gameplay for the Nintendo Switch. This time around, while encountering Pokemon species native to Kanto, players will also encounter similar gameplay to the Pokemon Go app.

During Nintendo’s E3 Direct, the Kanto mythical Pokemon Mew was also announced to come with all purchases of the Pokeball Plus.

Pokemon Let’s Go Pikachu and Eevee and the Pokeball Plus will be available for the Nintendo Switch on Nov. 16, 2018.