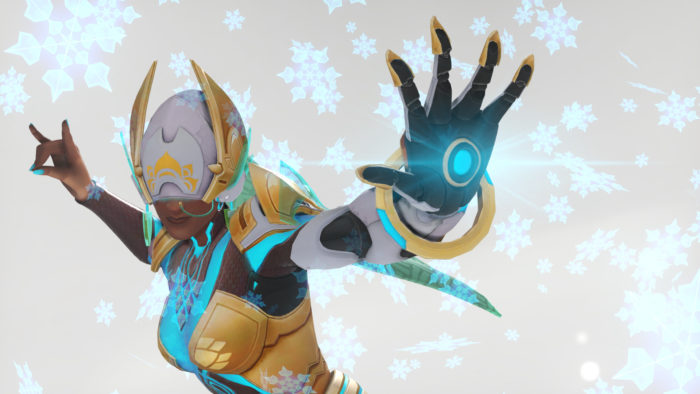 It’s tweaking time again on the Overwatch PTR, and Blizzard has added in a slew of new things to the game. Aside from new social features, the highly-awaited Symmetra rework is finally up and ready for testing.

The Overwatch hero has gotten some major changes with her kit, starting with her gun. Gone are the days of locking-on targets as the beam now hits in a straight line. The alternate fire also travels much faster now and also explodes on contact instead of piercing targets. Meanwhile, she can now throw out her turrets instead of having to walk up to a surface and manually attaching them herself.

Her teleporter, on the other hand, is now a normal ability that Symmetra can deploy up to 25 meters away. Objects such as D.Va’s mech and Junkrat’s RIP-Tire can now teleport through her portal, making for some highly interesting plays. Finally, Symmetra’s Photon Barrier is now her ultimate ability, although it works a bit differently this time around. Instead of deploying a moving shield, she can span an immovable 5000 HP barrier across the entire map. Not to mention she’s also been discharged from her role as a Support character and has been moved to the Damage category (more on that below).

Doomfist has gotten a tweak on the PTR as well, with Meteor Strike earning a 50 percent bonus movement speed increase while The Best Defense… now earns 25 shields for normal abilities. Moving forward, Orisa’s ultimate cost has been reduced by 15 percent, allowing her to use her Supercharger a bit more often.

As for the other PTR tweaks, the Offense and Defense category has been merged to create the Damage category. The Overwatch Horizon Lunar Colony map has also gotten a few new tweaks, adding some new rooms and other visual designs. The developers have also added in a “Looking for Group” feature that joins teams together depending on their personal role preference, and players who are on their best behavior will occasionally be given rewards through a new Endorsement system.

Check out the full Overwatch PTR patch notes here for more details. You can download it now on the PC.