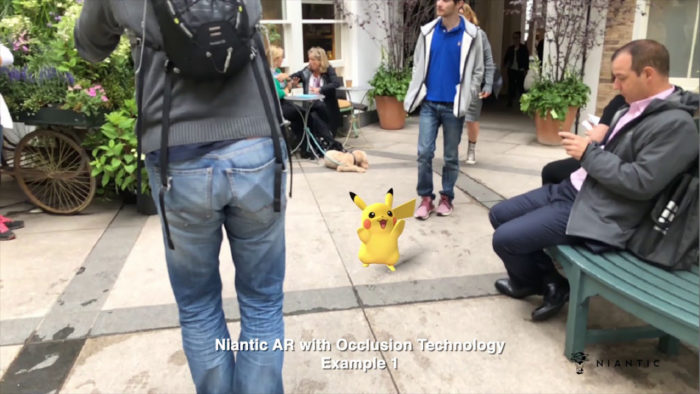 The proof of concept video that Niantic shared highlights these effects by showing an animated Pikachu running around on a busy sidewalk. With traditional AR the avatar changes in size based on distance from the camera. When it approaches an object that realistically the avatar should move behind, it is still layered above. With the Real World Platform, however, the avatar is composited behind objects on the fly. Pikachu can even be seen weaving through pedestrian’s legs.

With the news of this advancement in AR technology, Niantic announced they would be making this platform available for use in third-party products. This opens the doors for not just game developers to create new products similar to Pokémon Go, but for applications to be developed for specialized industry use.

Niantic CEO John Hanke advised reporters during a meeting at their headquarters in San Francisco that this is currently just an experimental proof of concept at the moment, however, it is likely that this next-gen AR processing will be implemented into future builds of Pokémon Go and upcoming releases such as Harry Potter: Wizards Unite.