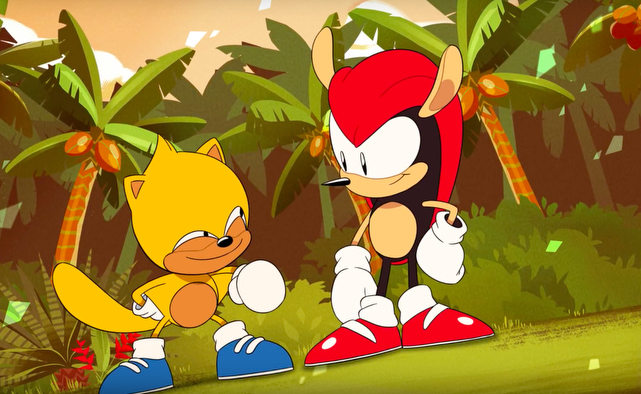 The latest episode of Sonic Mania Adventures has dropped via the official Sonic the Hedgehog Twitter and YouTube accounts, offering a look at Mighty the Armadillo and Ray the Flying Squirrel’s confrontation with Metal Sonic.

Starting off with Ray on the hunt for Mighty, the episode quickly turns dire as he is cornered by Metal Sonic. Luckily for him, Mighty shows up in the nick of time and beats back Metal Sonic, but not before losing something that could have value to Doctor Eggman. The episode ends with a foreboding shot of the sinister scientist, who is now one step closer to his newest nefarious plot.

The full episode can be viewed down below.

First airing Mar. 30 of this year, Sonic Mania Adventures is an animated series which uses the same animation style as the Sonic Mania game cinematics. Viewers have praised it for its smooth animation and fun story told entirely through character movements and interactions without any dialogue.

Sonic Mania Adventures is currently slated for a five episode run, with the final episode set to release next month. Check out every available episode here, and for more on the blue blur’s latest exploits in the world of gaming, check out our preview of Team Sonic Racing, a new title set to release this winter on PlayStation 4, Xbox One, PC and Nintendo Switch.