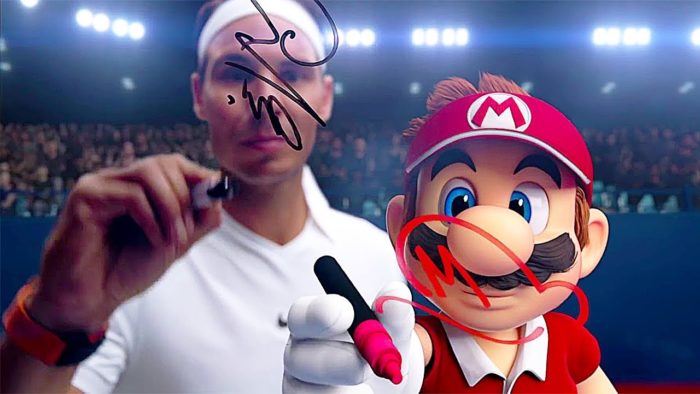 Throughout his surprisingly lengthy tennis career, Mario has overcome many formidable foes, from Wario to Bowser, and everyone in between. He has perhaps finally met his foil on the court in the legendary Rafael Nadal, as the two faced off in the newest Mario Tennis Aces trailer.

Mario and Nadal trade volleys with increasing ferocity, and though it’s mostly played for laughs, the trailer goes a long way to show various mechanics, such as the power shots and defensive techniques. It’s an incredibly fun little ad that will no doubt get you hyped for the newest entry in the franchise (though we can’t help but question the idea that Mario took the second set with a commanding 6 games to 2). Mario may be well past his prime in his ripe old age, but he’s still surprisingly spritely for a man of his physique.

Mario Tennis Aces arrives exclusively on the Nintendo Switch on June 22nd, and will feature RPG elements for the first time on a home console entry. For more info and speculation, be sure to check out our preview on the ways in which Mario Tennis Aces could shake up the series, as well as our look into whether it could be a barometer of things to come from Nintendo’s paid online service.