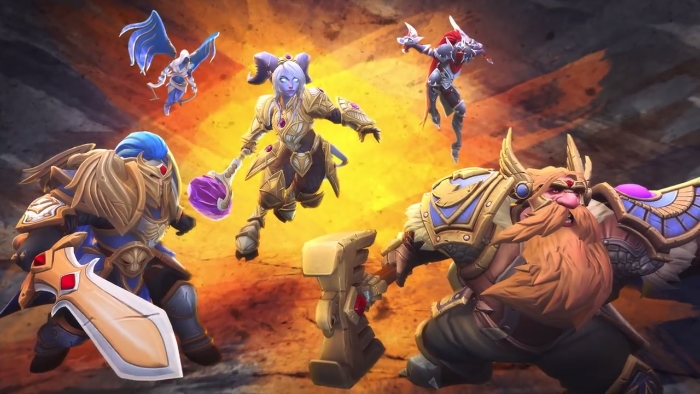 Blizzard revealed in a planned livestream that the latest hero, battleground map, and in-game event for its MOBA Heroes of the Storm would be all be Warcraft-themed.

The new hero is Yrel, a tank character that first appeared in World of Warcraft’s Warlords of Draenor expansion. Yrel’s trait ability allows her to remove an ability’s cooldown without mana cost, while her passive can charge abilities’ effectiveness at the cost of movement speed. Her basic abilities can unleash energy around her to damage enemies and heal herself, swing a hammer, and jump to a location causing damage and slowing opponents. Her heroic abilities can absorb all damage and heal for half of it or gain armor in a limited area until leaving.

Alterac Pass is the new Heroes of the Storm battleground that is based on the World of Warcraft PvP map Alterac Valley. The new map replaces the core of older maps for a general that can chase enemies within a certain distance, regenerate health, and receive bonus armor over remaining keeps. Alterac Pass is now playable in the Public Test Realm (PTR), but will be live for ranked during the week of July 10 and other modes during the week of July 19.

The in-game event is Echoes of Alterac and will run the week of June 12 until July 9. Similar to the Nexomania event, players can either pick Alliance or Horde questlines for respective cosmetics. Both sides will give a Warcraft Reinforcements Loot Chest, which “guarantees a Warcraft Hero of epic or higher rarity.” The rewards can be earned by completing or winning matches as Warcraft heroes and playing with friends.