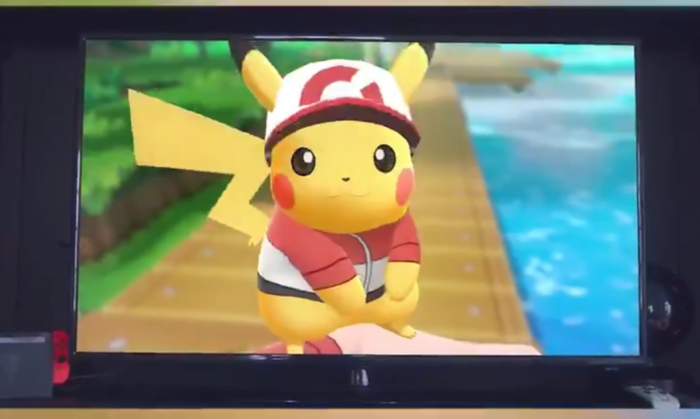 We all knew a Pokemon game was coming to the Nintendo Switch, but nobody could have predicted Pokemon: Let’s Go Pikachu and Let’s Go Eevee. Everyone expected a new game set in a new region with new Pokemon, not what is essentially a remake of Pokemon Yellow Version. Not that that’s a bad thing, mind you, although the trailer kinda left audiences with as many questions as answers. Well, set your mind at ease because the directors at GAME FREAK recently gave us all the information we could ever want about the upcoming games.

The first question you’re probably all wondering is how many Pokemon can players catch in Let’s Go Pikachu/Eevee. According to Director Junichi Masuda, the game is going back to basics and will feature the original 151 Pokemon, including the Alolan variants. Although, Pokemon President Tsunekazu Ishihara mentioned that the special Pokemon teased at the end of the trailer is an “all-new Pokemon,” which implies that Let’s Go Pikachu/Eevee will give gamers their first glance at what’s to come in the 2019 Pokemon game.

One major aspect of Let’s Go Pikachu/Eevee that is displayed in the trailer is the capture mechanic. Unlike normal Pokemon games, this one will feature the same system from Pokemon GO, potentially turning Let’s Go Pikachu/Eevee into one big Safari Zone. Masuda stated that the development team was “really focused on clicking the Joy-Con to throw the Poke Balls to catch Pokemon.” And yes, this means that traditional wild Pokemon battles are gone, but the games will still feature traditional Trainer battles.

While wild Pokemon battles are out, the franchise’s signature multiplayer trading and battles are still in. According to Masuda, players will be able to wirelessly trade with and battle other players so long as both own a Nintendo Switch console and are in close proximity. Ishihara explained, “We don’t have any plans to use [the] online service right now.” In other words, all community interaction in Let’s Go Pikachu/Eevee will use the Switch’s local wireless feature.

The final important piece of information we can take away is that Let’s Go Pikachu/Eevee will feature multiple save files. Sort of. Director Shigeru Ohmori explained that each account on the Nintendo Switch will have its own save file. This way “if you have siblings they can play on their own accounts,” which is a godsend for gamers who always wanted to share Pokemon games but couldn’t due to the one save file limitation.

Pokemon: Let’s Go Pikachu and Let’s Go Eevee are scheduled to release on November 16th, 2018 for the Nintendo Switch. The game will launch alongside the special Poke Ball Plus controller.