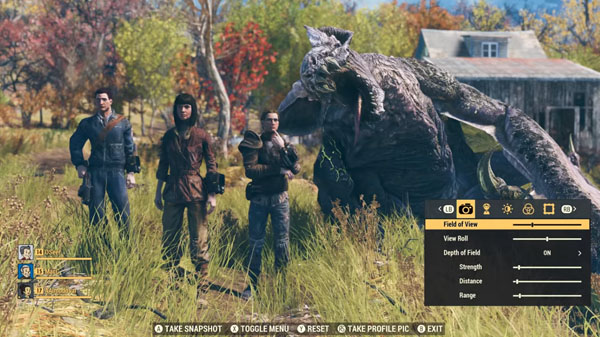 Bethesda has released a new three-minute gameplay video featuring some additional footage of Fallout 76. The new video, called “A New American Dream! An Intro to C.A.M.P.” explores the new Construction and Assembly Mobile Platform, colloquially known as “C.A.M.P.,” which users will latch onto to build and craft while anywhere out in the world.

Your “C.A.M.P.” will offer safety, various supplies, and shelter from the world as you can even set up your own little shop to trade with other passersby out exploring in the game. It’s going to be an integral part of your defenses when it comes to keeping your character alive, but also for making sure you’ve got some sort of mobile “home” out the wasteland. You know you always want to have a place you can call home, after all. It’s an important part of retaining your humanity, after all.

Fallout 76 is currently due out on Xbox One, PlayStation 4, and PC on Nov. 14, but there are several chunks of gameplay and other trailers out there to help tide you over until it debuts, or at the very least we can get our hands on the beta coming later this year. In the meantime, digest the trailer below.