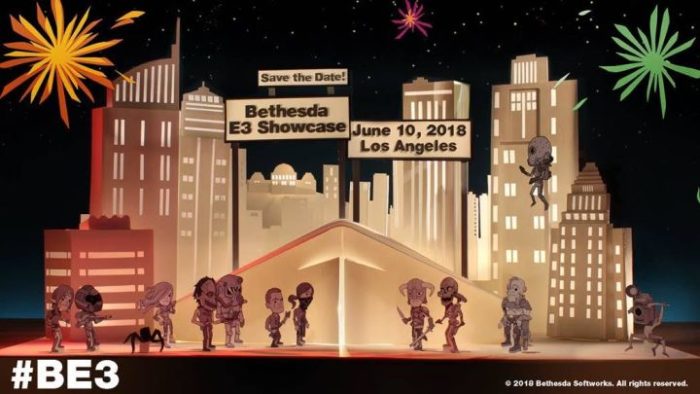 The conference was very heavy with the Elder Scrolls franchise, including a revamp of its strategy card game, a reminder about the MMO Elder Scrolls Online’s new expansion and upcoming content, a new mobile game that can be played with one hand, and a joke that the studio would be porting Skyrim to everything imaginable (Though the Alexa commands are apparently real). The Elder Scrolls VI, the next entry in the main series, was also announced at the end with only 30 seconds of footage.

Rage 2 received another gameplay trailer, since it was announced last month after being leaked by a Walmart Canada listing. Quake Champions is currently offering a free trial, while Prey received a free update with a new game mode and will add a “prop hunt” type mode in an upcoming update.

The bulk of the conference consisted of always-online multiplayer game Fallout 76 and its huge collector’s edition, while new titles Doom Eternal and Starfield received very little information. Check out all the trailers shown at Bethesda’s E3 2018 press conference below:

Stay tuned to Twinfinite for more E3 2018 news and live coverage this week.