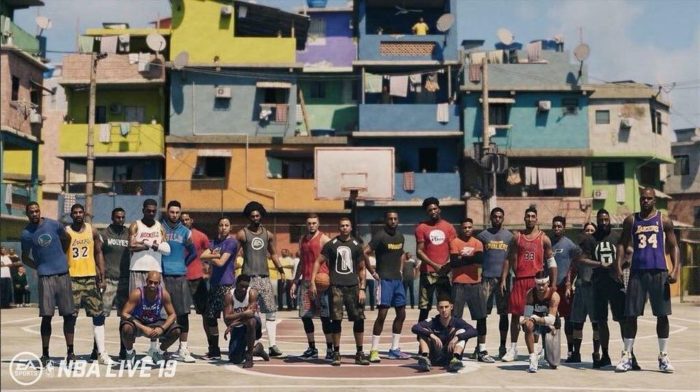 Today at E3’s EA Play 2018, EA showed off a trailer for the upcoming NBA Live game, NBA Live 19. The game, releasing September 7, is a continuation of the NBA Live series. The game appears to have several returning features, such as character creation and a career mode.

The career mode, known as The One, combines both the aspects of playing street basketball and also playing in the league. The game mode has you building a character, who can be customized through a wide range of options. The new Icon Progression system allows you to improve your character through skills and play styles the likes of popular NBA players.

The One, which combines the aspects of The Street and The League modes, will have maps all across the world. It is on these global courts that you can build your squad. Not only can your squad be other players, your friends you’ve invited to play alongside you, but they can also be a wide variety of people you encounter in the world while playing the game. While more details weren’t given on this new type of gameplay, EA appears confident that the Build Your Squad feature will be a big hit with players.

The trailer, which was released today, is available to watch right here.