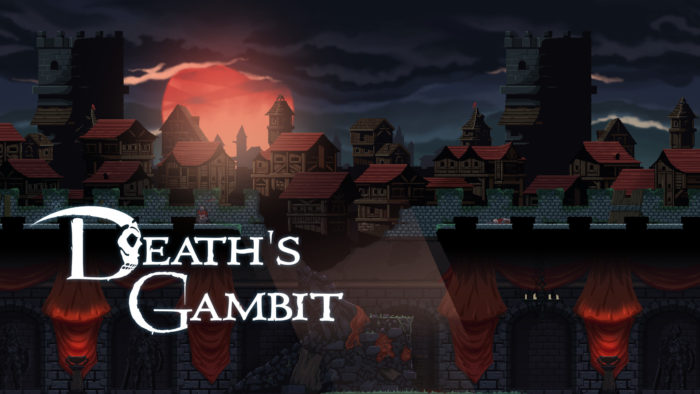 The long-awaited Death’s Gambit from developer White Rabbit has a new gameplay trailer out today featuring pixelated 2D sidescrolling environments, menus, and combat against many types of enemies.

The new gameplay trailer is up on Adult Swim’s Youtube channel, as Adult Swim Games is the publisher of Death’s Gambit. The developer, White Rabbit, has been working on Death’s Gambit for a while now, with an official reveal trailer having been released more than three years ago, and videos of the game’s development having been hosted on Youtube since May 2014.

The release window was originally set for 2016, but with that obviously having passed, we’re now just months away from a full release on Aug. 14, a date that was revealed last month in another trailer that you can watch here.

Death’s Gambit promises unique and giant bosses that you will need to think outside of the box to defeat. The action platformer has RPG elements and also features customizable weapons, a large world to explore, and a number of challenging modes including New Game Plus.

Death’s Gambit is set to release Aug. 14 on Steam and PlayStation 4. For more about White Rabbit’s upcoming game, be sure to check out the official website here.