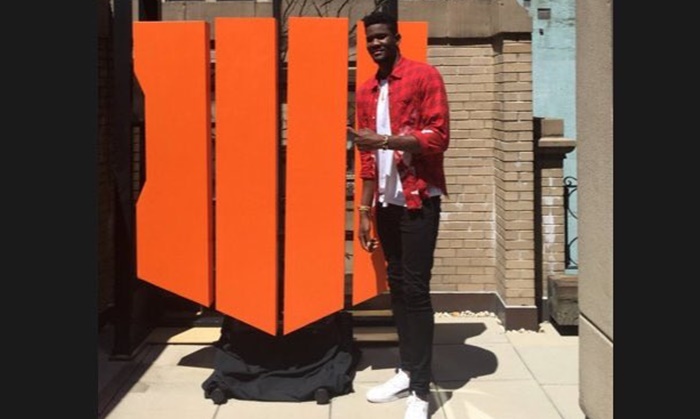 Top NBA prospect Deandre Ayton made a name for himself ahead of tonight’s NBA draft thanks to his hardcourt prowess, but a humorous Twitter mishap has brought him new popularity among gaming circles.

What should have been a simple ad-sponsored tweet featuring the projected number one pick giving props to Call of Duty Black Ops 4 took a hilarious turn when Ayton tweeted what appeared to be instructions for the tweet’s contents. The tweet was swiftly deleted, but not before Devolver Digital’s fictional CFO Fork Parker immortalized the young star’s mistake.

The single greatest sponsored tweet of all time. pic.twitter.com/8L8Pp7f38w

Ayton corrected the mistake later with a rudimentary milk toast #ad tweet, but his attempt to promote the latest installment in the Call of Duty franchise is being overshadowed online by his initial copy/paste blunder.

Awesome time yesterday with the #BlackOps4 crew. Thanks for having me #CallOfDutyPartner pic.twitter.com/g8MFmlVAAj

The majority of replies to his corrected tweet are in reference to the flub with some even criticizing Ayton for deleting the original tweet as it would have been a comical statement to make as he steps onto the marketing stage for the first time. After all, the instructions did say he only needed to include the hashtags.

At least he got his first professional blooper out of the way before he was even drafted.