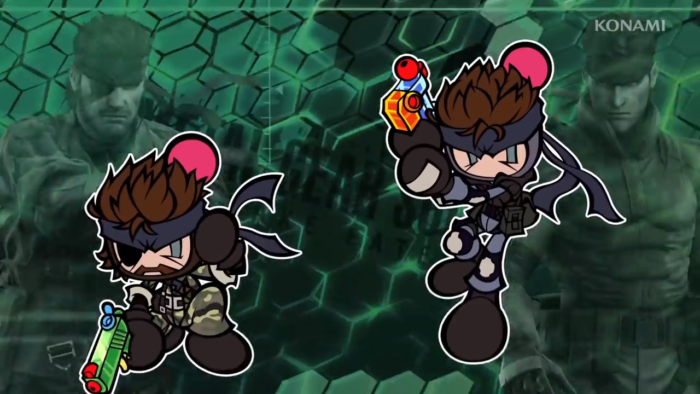 Just in case you thought you’d never get the chance to hear David Hayter voicing Snake again outside of Super Smash Bros. Ultimate, Konami has answered your prayers. Sort of. Puzzle game Super Bomberman R has just introduced a new update with a slew of characters, including Naked Snake and Solid Snake, as well as Raiden.

Hayter voices the iconic characters once more, as you can hear in the trailer below, and we also get a peek at the new Mother Base stage, after a very cool and lengthy intro that gives us serious Snake Easter nostalgia vibes. It’s been a while, and yes, Snake, you did “keep us waiting.”

Interestingly enough, Snake wasn’t voiced by Hayter in the most recent Metal Gear Solid game, Metal Gear Solid 5: The Phantom Pain, and was replaced by 24 star Kiefer Sutherland, which became a controversial casting choice to some. But now Hayter’s back to lend his iconic voice to the characters, and people are pretty excited about it.

Aside from this epic announcement and trailer, there’s a ton of new Konami characters as well, such as Bill Bomber, Lance Bomber, Vic Viper ZERO Bomber, Ayako Katagiri Bomber, and Ebisumaru Bomber. Check it all out in the trailer below!