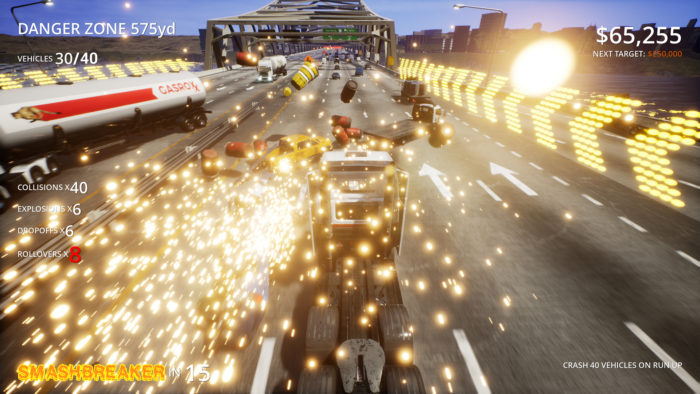 The original founders of Criterion Games, the British studio behind the classic vehicular destruction games in the Burnout series, have announced two new games to be released in the new future, and they sound very much spiritual successors to that popular series.

Fiona Sperry and Alex Ward, who now both lead the studio Three Fields Entertainment, have announced Danger Zone 2 and Dangerous Driving. The first of these is a sequel to the studio’s title Danger Zone, which released just last year for most major platforms. It will expand the crash testing premise of the original game and let it loose onto various raceways based on real locations in the United States, the United Kingdom, and Spain. The game will feature 26 single-player levels across 17 different locations.

Dangerous Driving, meanwhile, is a closed-circuit racing game featuring many elements of the Burnout series’ distinct style, including takedowns, boosting, and massive, pile-up car crashes possible around every tight corner. Alex Ward stated that “We’re taking all that we’ve learned to develop our most ambitious title to date… Dangerous Driving gets me back to making arcade racing, the kind of software I am most passionate about.”