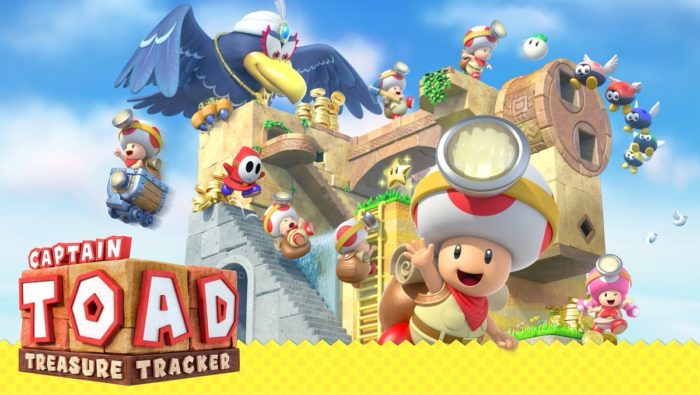 A demo for the upcoming Nintendo Switch and 3DS release of Captain Toad Treasure Tracker has been spotted on the Europe and Japan Nintendo eShop. No word has been released about a North America demo, but surely it will be there soon enough.

Though fans of the Wii U title won’t be getting the well-deserved sequel thy wished for, Nintendo announced that Captain Toad will in fact be making its way to Switch consoles, just as exciting news for those waiting for their favorite Wii U games to come to Nintendos much more successful console. The port will include over 70 levels and several additional levels themed after Super Mario Odyssey, and the Switch version of Captain Toad will include two-player co-op.

For those that may have missed out on this Wii U gem, Captain Toad Treasure Tracker follows the titular character as he treks through worlds in or to save Toadette. Very similar to the overall simple driving plot in most Mario games, where Captain Toad differs in in its gameplay and beautifully unique level designs.

While Captain Toad may be the bravest adventure after Mario, he can’t jump, so players have to guide him over moving platforms and through boiling volcanos all while limited to walking, making this game more of a puzzle-solving adventure. The levels in Captain Toad are also cube-shaped, allowing the the player to move the camera in order to discover secrets and alternate routes to solve a particularly tough puzzle.

The Captain Toad Treasure Tracker demo is out now in the Europe and Japan eShops, and the full game is set for July 13.