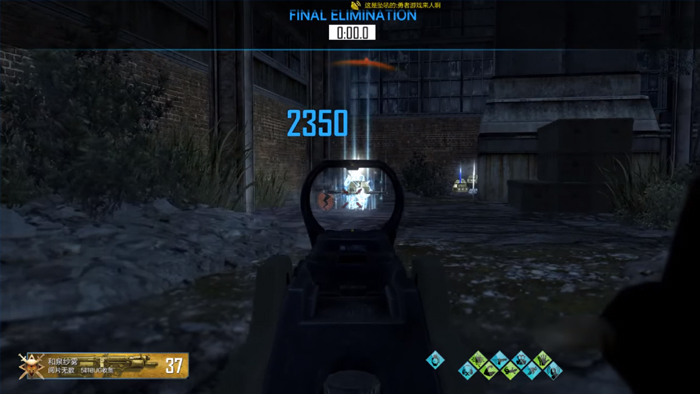 Activision Blizzard’s Overwatch League has become increasingly popular and financially successful during its inaugural season thanks in part to the accessibility of its franchise model. The publisher has definitely taken notice as it is now seemingly preparing to bring that same model to its Call of Duty esports league in the near future.

Tucked away in Activision Blizzard’s 2017 annual report are comments stating as much, with the company expressing plans to “launch team sales” for the restructured Call of Duty league later this year. “Our expertise launching and growing the Overwatch League will allow us to launch additional professional esports initiatives. Later this year we intend to expand the number of Overwatch teams and launch team sales for the Call of Duty professional league,” read the company’s report.

It would not be surprising to see the Call of Duty league move to a franchise model similar to that of the Overwatch League. OWL’s approach of modeling itself after traditional sports leagues with city-based franchises caught on quick with audiences, allowing them a smaller barrier to entry by appealing to regional pride and piggybacking on pre-existing rivalries. The franchise model also proved highly profitable for Activision Blizzard. The league’s current 12 teams came with a $20 million dollar price tag each, and that number is expected to reach $60 million for additional franchises established ahead of OWL season two.

Activision Blizzard is yet to confirm any potential changes to the structure of Call of Duty esports, but a prior report by Richard Lewis shows that the move has seemingly been in the works since July 2017, only a few months before the launch of the Overwatch League. Lewis’s report also expressed that “brands have been told that just because they control a territory for Overwatch does not guarantee them the same territory for a Call of Duty team should they choose to acquire one.”

If the company lives up to its annual report, we should learn more about the nature of the team sales and any changes coming to the Call of Duty esports landscape sooner rather than later.