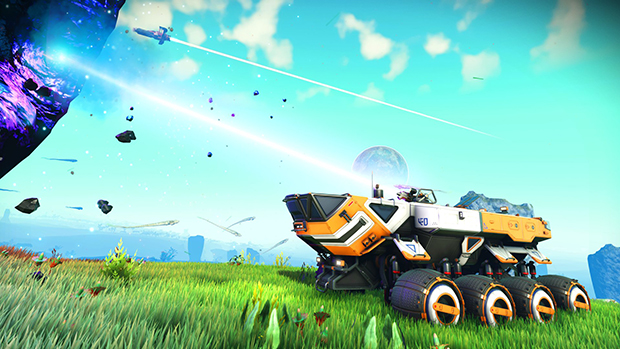 With the excitement of E3 now a few weeks behind us and June coming to a close, we’re already looking ahead at the games to tide us over during the notorious summer drought in July 2018. Fortunately, there are some big titles releasing on the Xbox One in the coming month, with at least one likely to appeal to you.

The most notable release hitting the Xbox One in July is most definitely No Man’s Sky. Having released on the PS4 to a pretty critical reception back in 2015, the space exploration game has received a number of updates, with the major NEXT update going live on PS4 and PC alongside the Xbox One release on July 24. Don’t worry, the Xbox One version will have the NEXT update already packed in, so you won’t be too far behind. You’ll be free to explore space, acquire resources, set up bases, trade across the galaxies, and plenty, plenty more. If you’re looking for a game that you can enjoy at your own leisure during the summer evenings of July, No Man’s Sky is a great pick.

The other pretty big release coming to the Xbox One in the coming month is The Banner Saga 3. Releasing on July 24, the Kickstarter-funded game will act as the conclusion to the turn-based strategy series. With some seriously challenging turn-based action, over 40 unique characters, and an engaging storyline, The Banner Saga 3 looks set to send the series out in style. If you’re interested in checking it out, we do suggest having played the first two games, though, just so you know what’s going on in the story.

Finally, if you’re feeling a little nostalgic and want to take it back to the year 2009, Red Faction: Guerrilla Remarstered Edition brings the rather enjoyable destruction and physics-focused third-person shooter to the current generation of consoles. With a native 4K resolution on Xbox One X and reworked visuals, shadow rendering, and lighting, Mars will never have looked quite so beautiful… while you burn it to the ground.

The full list of July 2018 Xbox One game releases can be found below.