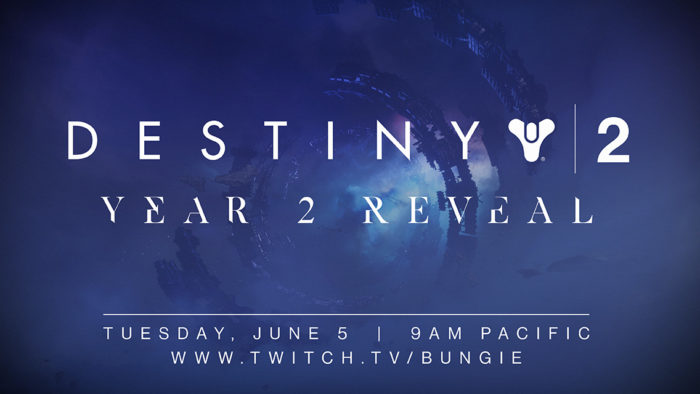 Just a few days before E3, on Tuesday, June 5, Bungie will reveal Year 2 content for Destiny 2. The live stream will take place on Bungie’s Twitch at 9 AM Pacific. DeeJ will be joined by game director Steve Cotton, and project lead Scott Taylor. Besides the big reveal, DeeJ will talk about how Bungie will change the “Guardian lifestyle” and reinforce Destiny 2 as a hobby.

In This Week At Bungie, DeeJ explained that the Roadmap shows the updates coming to Destiny 2 in September, but now it is time to reveal what the next major expansion is. Not much is known about what the Year 2 story will be, but by the looks of the reveal image, it seems like the next expansion will take place in the Reef, a social location in Destiny.

DeeJ also wrote that we will be able to “catch a glimpse of what we have planned for the second year of Destiny 2,” so this stream will not be too dense with details. However, he did mention that this stream is just the beginning of this discussion and Year 2 coverage will go on all summer long.