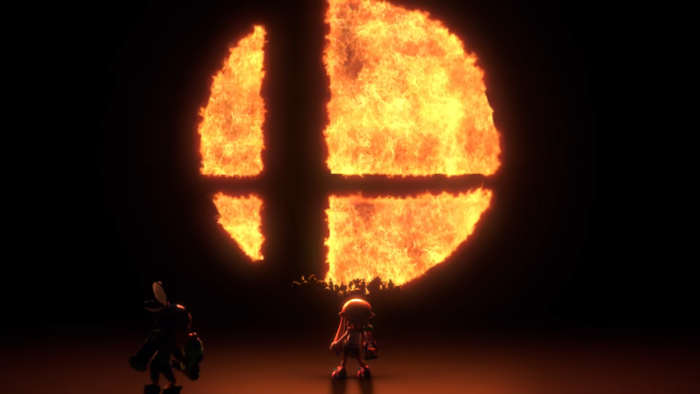 With so much speculation going around about Super Smash Bros. on Nintendo Switch, gaming culture as whole returns to the series’ oldest question – which of our favorite gaming icons will be invited this time?

Many people from YouTubers to other outlets have already made big lists of who they think will be in the new Smash, as well as who they really want to be in it, so I thought I’d take the discussion in a different direction that I don’t see brought up as often. My question is this – can we expect any big characters from independent or Western developers to show up this time?

To put that question into context, consider the following: over the course of the four games we’ve seen in the Smash Bros. series there have been 66 total playable characters spread across all installments, and of these 66 characters every single one of them was from a Japanese developed series. The lone exception to this standard has been Diddy Kong, who was originally created by Rare, an English company. There isn’t anything wrong or terribly surprising about this information, seeing how Nintendo is a Japanese company, and even other Japanese characters who have been in Smash Bros. who were not created by Nintendo fit into the roster quite naturally, but it’s a fact worth considering going forward. Not to say that there aren’t still plenty of popular or beloved Japanese-developed characters that people might like to see, but Nintendo has more or less exhausted the pool of really heavy-hitters in that regard, at least in terms of mainstream franchises or characters that would gel well with Smash Bros.’ style. 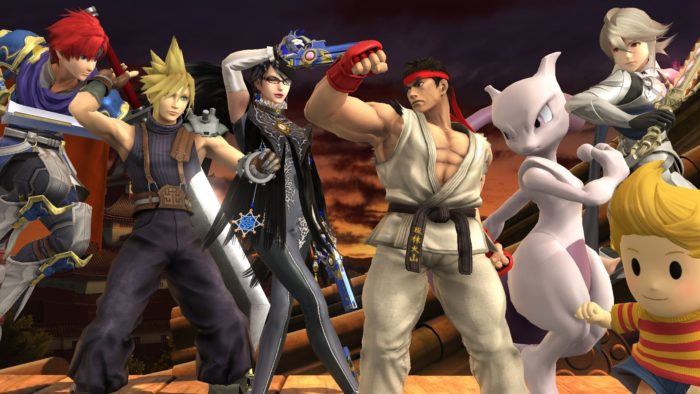 Super Smash Bros. for Wii U and 3DS already gave us a a lot of heavy hitters on release, but the DLC characters really broke new ground in terms of fan-favorites and surprises.

Could Nintendo stick to its patterns of only using their own characters and Japanese franchises for the next Smash Bros., and start announcing the inclusion of characters like Tekken’s Kazuya Mishima? Possibly, yes, but I feel it’s much more likely that Nintendo will begin to implement popular Western franchises and bigger indie game characters into the game.

If the way that the Nintendo Switch has been performing in the market as well as the types of games that have been flourishing on it are any indication of where Nintendo is heading with its big decisions in general, then these facts may just give us some small hint about who may be showing their face next for Smash. As many indie developers can attest to and have been noting for the past few months, the Nintendo Switch is a really inclusive and welcoming indie machine.

The library of indie games of all kinds grows almost daily, and many smaller developers have been happy to admit that the Switch’s low barrier for entry in terms of development and devoted customer-base make its marketplace among the most attractive for indie games at the moment, and many of them have seen greater success on the Switch than anywhere else. Nintendo’s trials and failures during the Wii U’s lifespan has changed the way they present themselves and promote games in the public eye, and these signs can be seen even outside their much more stocked eShop shelves and greater third-party support from the Switch’s outset. Like when they held the Smash Ballot for new characters and found like-minded characters and franchises outside their own, Nintendo is showing a greater understanding of what both their hardcore, niche, and mainstream fanbases seem to want.

Nintendo understood the alternative appeal of Suda51’s games to the point where the announcement of Travis Strikes Again: No More Heroes was unveiled at the Nintendo Switch’s announcement showcase live on stage, showing it off as a reason to buy a Switch in the first place. Additionally, their new standards of indie and third-party game promotion has been growing more and more prominent, and had them announcing ports of both Undertale and Crash Bandicoot N. Sane Trilogy in the same Nintendo Direct as each other. Not just that, but the same Nintendo Direct in which remakes of classic Nintendo Games like Luigi’s Mansion – as well as a new amiibo for Dark Souls of all things – and Smash Bros. for Switch were announced. It’s clear that Nintendo sees the importance of third-party games for their new console. Why not incorporate some of them into Smash too?

Then there’s the fact that Smash has gotten so big these days that there are people working in the industry who admire and envy its success, and even those who have grown up playing it, and now they want in. Industry hotshots from Microsoft’s Phil Spencer to WayForward’s Matt Bozon have publicly expressed great interest in including characters like Banjo-Kazooie and Shantae respectively. Just in the past few months even the massive anime distributor Funmation stated on Twitter that they’d like to have Goku of Dragon Ball appear in the series; we’ve reached the point where the allure of Smash is so strong that it isn’t even just the buying public shouting for representation anymore, it’s Nintendo’s equals and competitors as well.

I will admit that this is all opinion and theory, but I genuinely see new possibilities for Smash Bros. now that just wouldn’t have seemed possible a few years ago. If you still aren’t convinced or just don’t think that Nintendo would stray so far outside of its comfort zone then let me just say this – Mario + Rabbids Kingdom Battle happened. The crossover that nobody saw coming or ever thought that they’d ever want happened, and it turned out to be a major critical and financial success. 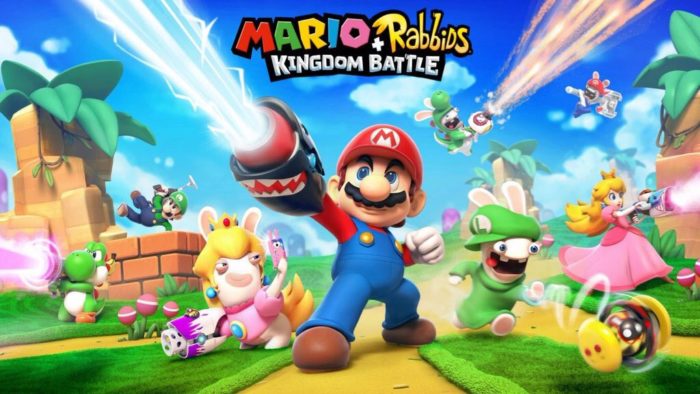 This left-field bombshell right here is possibly one of the biggest reasons why all bets are off now on who could or couldn’t be in Smash Bros.

Nintendo did something nearly everybody thought was unthinkable, and not only made a Mario crossover game (that didn’t involve the Olympic Games), and not only with a major non-Japanese company (in this case, Ubisoft), and not only with a franchise most people consider to be far below Mario in terms of popularity and quality, but it all turned out great. But the two most important things to take away from this game and its success are possibly these; Nintendo took a massive risk with an unexplored genre for one of their largest, most sacred IPs and it ended up paying off for them, and that it was all Ubisoft’s idea to begin with.

The whole concept for Kingdom Battle only made it off the ground because Ubisoft wanted to work with Nintendo in the first place. One of the game’s producer’s Xavier Manzanares and a small team within Ubisoft put together a prototype to the game which they then pitched to Nintendo, and which Shigeru Miyamoto himself was impressed by. The outside market got interested in Nintendo, Nintendo became interested in the outside market, and so here we are now. This is a large example of Nintendo taking risks in the modern market and succeeding, and many small examples such as that have been happening over the past few years that make the possibilities for Smash Bro.s greater that they’ve ever been.

So before you go off thinking that characters like Crash Bandicoot and Shovel Knight could never be added to Smash Bros. for Switch, then just think about the signs we’ve had, and just maybe you’ll see that there’s hope for your favorite indie and Western challengers to be hiding among that group of shadowy figures lit by the Smash logo.