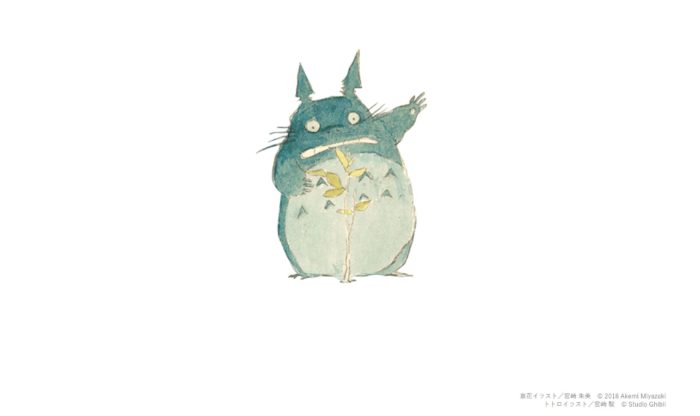 Where Totoro Was Born is a book filled with illustrations by Hayao Miyazaki and his wife Akemi Miyazaki. Sketches in the book reflect on the diversity in nature through the seasons in Tokorozawa, the area My Neighbor Totoro is based on.

Miyazaki moved to Tokorozawa in 1965 after getting married to Akemi. He would often go on walks in the forest and that is where his inspiration came from. In My Neighbor Totoro, the forest was part of the fantastical discovery of magical creatures and mystical plant life.

On the book’s website, Studio Ghibli producer Toshio Suzuki said that Miyazaki told him, “I would like to show you where Totoro was born.” Miyazaki and Suzuki had then visited Tokorozawa together and made their way to Hachikokuyama, introduced as Nanakuniyama in the film. Suzuki explained that he had lost sight of reality as he was dazed by the greenery, he also described the forest as being “god’s home.” Fuchi no Mori, also known as Totoro’s Forest, and Kaminoyama are also found near that area and have been adapted in the film. After Suzuki’s experience, he went on to say how these different areas of Tokorozawa that influenced My Neighbor Totoro were a part of Miyazaki’s body. Miyazaki had also told Suzuki that if he had not lived in Tokorozawa, Totoro would never have been born.

Miyazaki’s connection to the area led him to create this picture book. Hayao Miyazaki drew the spirit animals and Akemi Miyazaki drew the plants and flowers. The book also includes an interview with Miyazaki, drawings from My Neighbor Totoro, and Akemi’s diary entries.

Where Totoro Was Born is broken up into six subjects: Kaminoyama,  Hometown Sketch Diary (separated by season) by Akemi Miyazaki, Hachikokuyama guide by Toshio Suzuki, Totoro’s World Born from the Tokorozawa Scenery by Hayao Miyazaki, Scenery of My Hometown I Want to Save for the Future: Sayama Hills, and a map of Tokorozawa.

The book is now available for purchase.