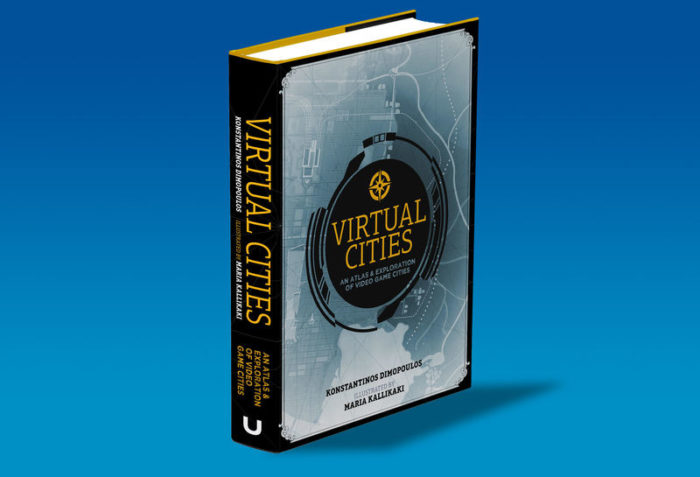 Game urbanist, writer Konstantinos Dimopoulos, and visual artist Maria Kallikaki are collaborating on a book that documents noteworthy cities from video games. Virtual Cities: An Atlas & Exploration of Video Game Cities is intended for readers who are “lovers of cartography and imaginary worlds, artists, game designers, world builders, and, above all, everyone who plays and cares for video games.”

Virtual Cities is an illustrated atlas that documents video game cities through “original maps, ink drawings, and insightful commentary and analysis”. The upcoming book has approximately 200 pages, full-color pages, with more than 40 different maps and over 100 images.

The maps are created through traditional and contemporary cartography methods in order to reconstruct digital cities which may be out-of-scale or fragmented. Also, each city map is paired with text that dives into the history, atmosphere, design, geography, and landmarks of that area.

They will vary from open-world sci-fi maps to medieval towns and contemporary cities. The entries disclosed so far include a variety of games such as “Half-Life 2’s City 17, Grand Theft Auto V’s Los Santos, Yakuza’s Kamurocho, Fallout’s New Vegas, Silent Hill, and less well-known cities such as Antescher and Lizard Breath, plus cyberpunk Hong Kong, and voodoo New Orleans”.

A release date has not been announced yet. However, to give readers a preview, the authors released an excerpt from their book on Half-Life 2’s City 17 which you can read here.