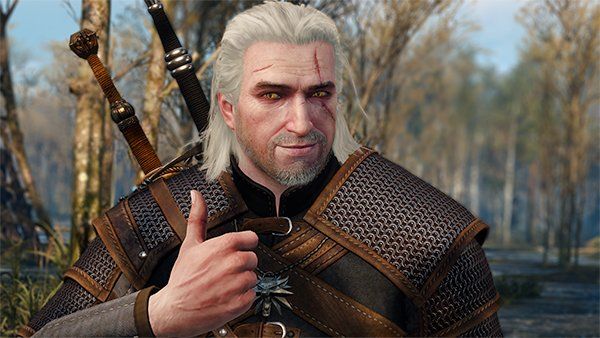 The wait for the upcoming The Witcher Netflix series has been long and arduous. Even though development is well underway, the wait has just become potentially more difficult. No, the show isn’t being delayed but rather writers from some of Netflix’s best shows have signed on to help The Witcher make the jump from novel to Netflix series. And they didn’t even need to be coerced with an Axii sign.

I can't imagine a better day.

The #Witcher writers' room opened today, and it was full of ideas and banter and cupcakes and creativity and darkness and champagne and this hilarious picture that's better than any of the posed group selfies I attempted.

At first glance, this tweet doesn’t seem too out of the ordinary. A writer announcing how happy she is to write for a beloved franchise? Seems fairly normal. But it’s who tweeted afterwards is where this story gets juicy.

Super stoked to be writing for this amazing show helmed by the absolutely brilliant @LHissrich!! What a great room (as you can see by our Very Serious Day 1 Room Portrait) #Witcher is gonna ROCK THE NETFLIX https://t.co/zkoE30fKIl

Me. Neither. Love this boss lady and the group of ne’er-do-wells she’s gathered. So thrilled to be part of the merry gang 🤓 https://t.co/oHe9wdmczO

If those names sound familiar to you, that’s because you’ve been watching some of the greatest television shows in recent years. Klein wrote an episode of Jessica Jones and several episodes of Supernatural, and she also served as the producer for Jessica Jones and The Tick. As for Koorse, she’s written for Daredevil, Constantine, The Americans, and Warehouse 13.

Given their experience adapting comic book characters for television, Klein and Koorse are perfect for the job of adapting The Witcher for Netflix. Jessica Jones and Daredevil are two of the greatest shows on Netflix, and The Tick is praised by fans and critics alike, so odds are the presence of Klein and Koorse will help The Witcher Netflix series.

Since The Witcher Netflix series will draw more from the original books than from the video games, the show will likely not suffer from the curse that plagues almost all video game adaptations. Although, the show might feature one or two aspects from the games, such as Geralt’s personality and gravelly voice, but that remains to be seen.

The Witcher Netflix series does not have a set release date, but it is shaping up to be a must-see show that will please longtime Witcher fans and newcomers alike.