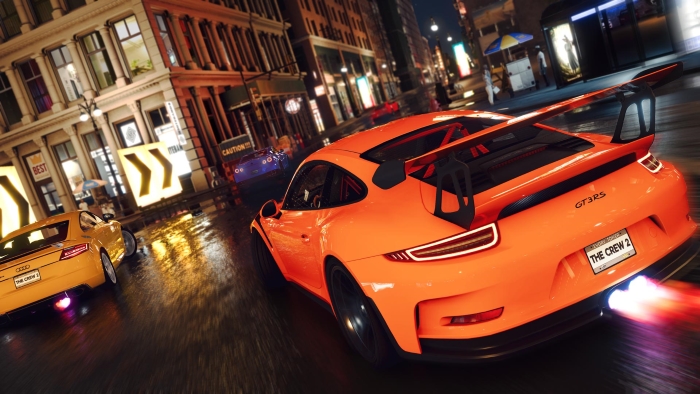 Jonesing for a delicious racing fix with arcade elements? You can try out The Crew 2’s upcoming closed beta, which Ubisoft has just announced. It’ll be available on both PC and console at the end of the month, starting Thursday, May 31 and running through Monday, June 4. You can sign up for beta access via the official The Crew 2 website if you’re interested, and if acccess is granted, you can start to pre-load the beta when May 29 rolls around at 4 AM ET.

The Crew 2 will also be getting Deluxe, Gold, and Motor Editions alongside the regular version of the game as well as a season pass with plenty of goodies to go with it.

If you’re able to get into the beta you can invite up to three friends to join your own “crew” online, and tear up the streets. If you aren’t able to make it for an early glimpse at the game, you can watch a special livestream taking place on May 30, during which Ubisoft will be giving away a few keys for some lucky viewers.

The beta will encompass the first level of the Street Race progression system, Rally Raid, Aerobatics, and Powerboat, if you’re curious about what’ll be available for you to try. You can swap between vehicle types with a simple button press, depending on what kind of terrain you’re racing on, and you’ll also receive a special leather jacket in your game inventory when the final game is available for playing through the beta.

The Crew 2 is coming to PlayStation 4, Xbox One, and PC on June 29, so if you’re interested in giving it a try early, make sure you try and get into the closed beta.