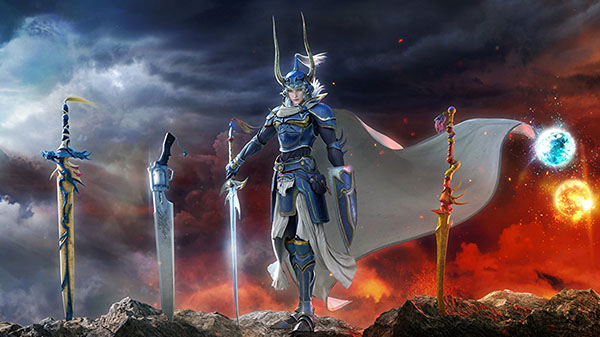 Square Enix has launched a snazzy new global portal site for the Final Fantasy franchise. The site will post all the latest news from the franchise, as well as videos, and links to products. The site is global, so it has options for Japan, North America, and Europe.

The site going live comes just ahead of E3 2018, where Square Enix is set to have a press conference for the first time since 2015. The presentation will be similar to a Nintendo Direct, and is a pre-recorded video that will air on Monday, June 11 at 10 a.m. PT or 1 p.m. ET.  So far we know Shadow of the Tomb Raider, Kingdom Hearts III, and Dragon Quest XI are all planned for release later this year, but hopefully, we can plan on seeing something new as well.

In terms of Final Fantasy content we know that currently in development is the Fantasy VII Remake, four character episodes coming to Final Fantasy XV, and DLC characters for Dissidia Final Fantasy NT. We’ll just have to wait and see what Square Enix has in store for everyone at E3.

In the meantime, you can peruse the new portal site and recent news. What Final Fantasy announcements are you hoping to see at E3? Let us know down in the comments.