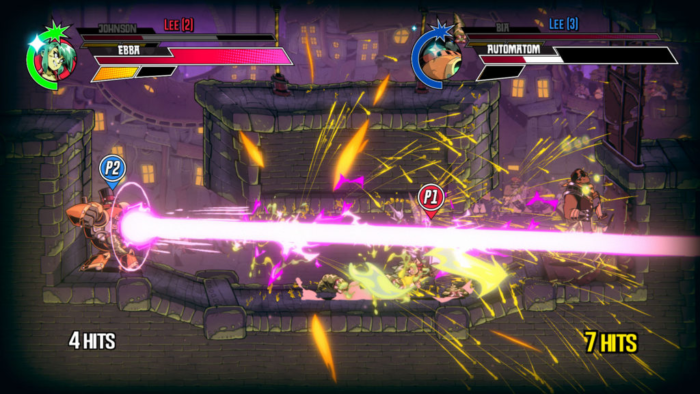 The game’s Steam store page says the game will feature six brawlers each with a unique play style, upgrades to customize the fighters, more than 50 levels, and local and online cooperative play. Set in a dystopian London, Speed Brawl will have players taking on armored brutes, aliens, and bosses using fast-paced combat.

Publisher Kongregate, in the description of the game’s teaser trailer, said the game aims to capture the humor and action of 1980s cinema. Double Stallion Producer Daniel Menard specified in a press release the dark humor, action, and violence of the moveis Rollerball, The Hunger Games, and Starship Troopers were inspirations for the game. “We always knew we wanted to make a physics-and-fisticuffs experience that would feel like Thundercats or Teenage Mutant Ninja Turtles, about a team of people who go through an extraordinary challenge and realize that fighting as a team is better than fighting alone,” Menard went on to say.

The game’s environment will also let players get rid of enemies in unique ways by using a number of objects and “physics-based contraptions” such as poles and boost pads.

Players will have to keep track of their available energy, which is used up when attacking with special moves. Upgrades in the game will come in the form of new equipment for the fighters and new skills for them to learn.

The game is set to release on PlayStation 4, Xbox One, Switch, Steam, and Kartridge.