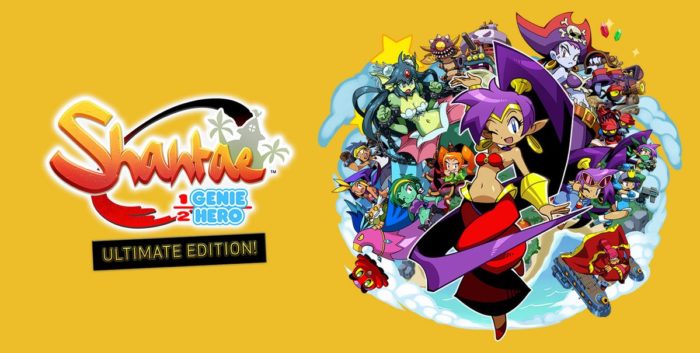 In an official press release by XSEED Games – the indie-focused publishing arm of Marvelous USA, Inc. – the company has stated that Shantae: Half-Genie Hero – Ultimate Day One Edition on Nintendo Switch has been selling exceptionally well, and has been one of the most successful limited edition releases that the publisher has had yet.

Addressing the success of the Limited Edition and Half-Genie Hero as a whole, Shantae series Director and Co-Creator Matt Bozon had this to say:

“This has been a long, wild, exciting ride from launching the Kickstarter through to this latest release… Our fans have been incredible throughout this experience, and we couldn’t be happier with how everything has turned out for Shantae and our partnership with XSEED Games on the North American retail release. They came up with an amazing limited edition that really does justice to all the hard work our team put into Shantae’s latest adventure, and it has clearly been popular with all of our dedicated fans!”

“We’re blown away at how eager XSEED, WayForward, and Shantae fans were to get their hands on this limited edition for the Switch… WayForward have been great to partner with, and have produced a truly fantastic game! We’re all humbled and excited by the reception and sales for Shantae: Half-Genie Hero, and are working hard to make sure we meet fan demand so that Shantae enthusiasts can have a physical version of the game to display in their collection.”

While the Day One Edition has sold out and will not be restocked, XSEED plans to soon release a standalone physical edition of the regular Shantae: Half-Genie Hero – Ultimate Edition in North America at a price of $40, which will be exclusive to Nintendo Switch. This standard edition will contain everything in-game that was included with the Day One Edition, including all the game’s DLC and optional costumes, but will not come with the special packaging, soundtrack CD, or physical artbook.

The Ultimate Edition contains the base game for Shantae: Half-Genie Hero, as well as the “Pirate Queen’s Quest”, “Friends to the End”, and “Costume Pack” DLC, all of which offer completely different mechanics and characters that provide new approaches to the base game. It also gives players access to several costumes for different characters in certain modes, which are purely cosmetic, as well as access to the Tinkerbat transformation dance in the main Shantae game modes, all of which were previously only available to backers of the game’s Kickstarter.

Shantae: Half Genie Hero Ultimate Edition is available now in digital form for Xbox One, PS4, PC, and Nintendo Switch, and a physical release will be coming to the Switch at some point in the near future. You can watch a trailer for the Ultimate Edition right here.