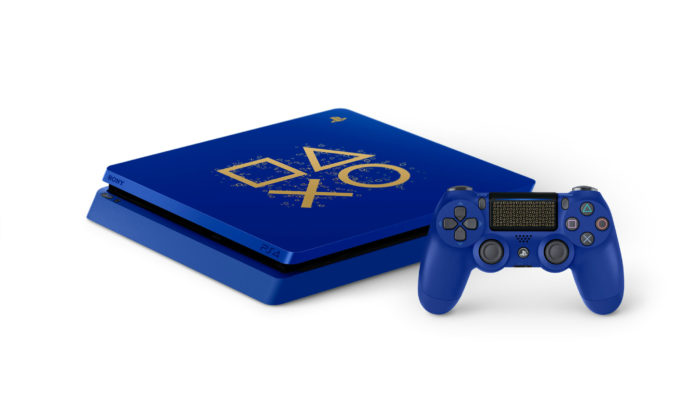 Sony is back at it again this year with the return of the Days of Play sale, featuring discounts on a ton on PlayStation hardware, peripherals, and exclusive games.

If you’re in the United States or Canada, look out for deals at participating retailers from June 8 to 18, which happens to overlap with the upcoming Electronic Entertainment Expo, or E3.

Alongside the slew of discounts, a limited edition Days of Play PlayStation 4 will come to market during the sale for $299.99 USD. This sleek blue system has a gold design on top featuring the the PlayStation controller’s four iconic face buttons. The system comes with a matching blue wireless controller and a 1TB hard drive.

If you were wanting to pick up a PS4 Pro, the sale will be a great time to do so as the black version of the console will be on sale for $349.99. Days of Play is a good time to pick up any accessories you may need as well, such as a wireless controller ($39.99), or anything you need for virtual reality (PSVR bundles will start at $199.99, Move controllers will sell at two for $79.99, and the VR Aim controller will be $49.99).

If you’re just looking for a great new game to play while waiting for whatever’s announced at E3 to release, Days of Play has you covered as well. Some of the game deals worth noting are God of War at $49.99, Horizon Zero Dawn at $19.99, Shadow of the Colossus at $19.99, and Gran Turismo Sport at $19.99. Check out the PlayStation Blog for every deal that will be featured during the Days of Play sale and what the prices will be in Canada.