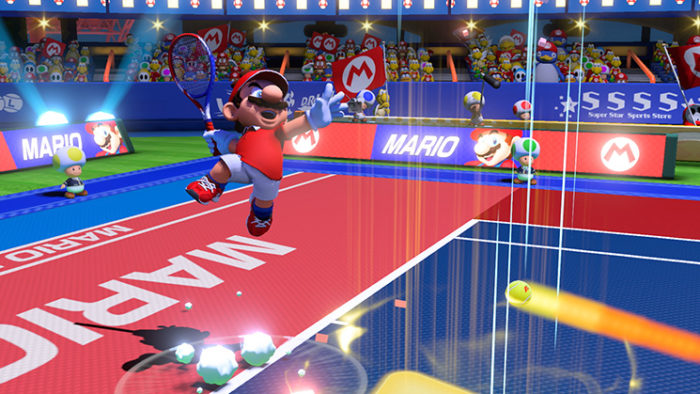 Mario Tennis Aces is more than just an awesome-looking Mario sports game. It should have been more than obvious before now, but there’s going to be a ton of fun things to do in Mario Tennis Aces that go beyond typical tennis matches. In fact, you’ll have to rescue that clumsy Mario brother once again, because he’s gotten himself kidnapped. At least it’s not Peach this time?

Adventure Mode finds Mario setting off to rescue Luigi from the “Legendary Racket”, and you’ll have to get creative with your tennis game in this special story mode. Luigi’s always causing trouble, and it’s not any kind of surprise that he’d be doing it yet again in this game, either.

The trailer shows off Mario aiming at magical mirrors on large open court areas after starting in a hub world, and even going up against bosses like nefarious piranha plants. It’s clear there’s a lot more to the game than just simple tennis matches, and that sets it apart from the rest of the series. Coupled with the new moves you can pull off in regular matches, Mario Tennis Aces is really aiming to smash through previous tennis titles and make this the biggest one yet.

You can take a brief look at Adventure Mode in the new trailer below.