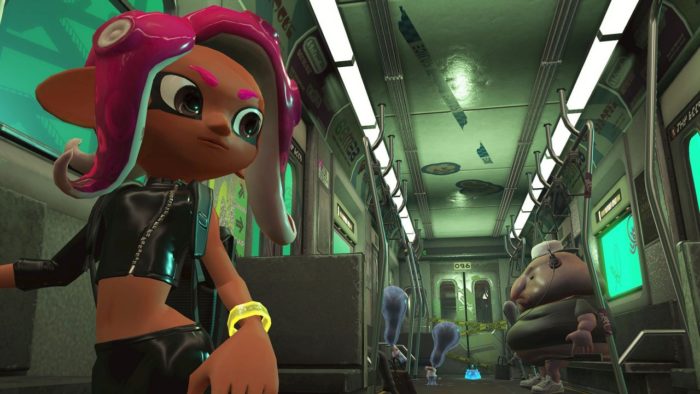 Splatoon 2 is set to release its first single-player expansion, known as the Octo Expansion, at some point in the near future. Today, the Nintendo UK Twitter account has given us a quick look at a new level from the expansion.

The video shows of a level called “Stamped-Up Station.” In the video, we see the new octoling protagonist, Agent 8, defeat a large cube-shaped enemy, before scaling a wall, and proceeding to blow up several ink-filled balloons. The video also provides a glimpse of the expansion’s new collectable that you grab at the end of the stage. We also see a little of Pearl and Marina communicating with our hero.

Check out some fresh footage from a new level in #Splatoon2: Octo Expansion. This one's called Stamped-Up Station. So many balloons! pic.twitter.com/BMxw5cXUSI

The Octo Expansion brings an entirely new full single-player campaign to Splatoon 2. It features a whole host of new levels, as well as a brand new story. Some characters are returning from the first and second games, such as Pearl, Marina, and Cap’n Cuttlefish. It is notable that this will be the first time we will be able to play as an octoling in a Splatoon game.

A concrete release date for the Octo Expansion has yet to be announced, but it is slated for Summer of this year. You can preorder the expansion digitally over on the Nintendo Switch eShop for $19.99.