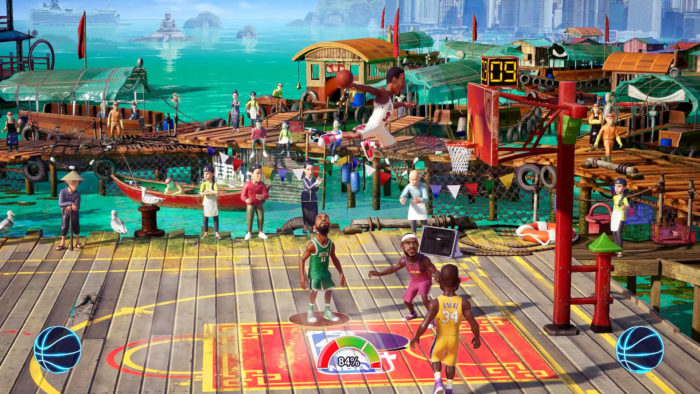 Just five days before it was set to release, NBA Playgrounds 2 has been delayed to an unspecified date.

The arcade basketball game was supposed to release next Tuesday, but the changed timeline for its release was announced today on the NBA Playgrounds Facebook account, with the post promising “good things come to those who wait.”

The original NBA Playgrounds, a spiritual successor to series like NBA Jam and NBA Street, released in May 2017. The new take on the arcade basketball genre features caricatures of NBA players playing on street and playground basketball courts around the world.

The sequel to Saber Interactive’s 2017 release promises new character models and animations for its roster of more than 200 NBA players from the past and present. The online modes for the series are also expanding with the sequel, with Playgrounds Championship pitting players against each other in an online league with a number of divisions for people to fight their way to the top of. Up to four players will be able to play together online this time around, too. Dedicated servers are being added to ensure a smooth online experience.

For the single-player enthusiasts, a Season Mode is being added in which players can choose an NBA team to take through the season, fight through the playoffs, and win the NBA Championship with.