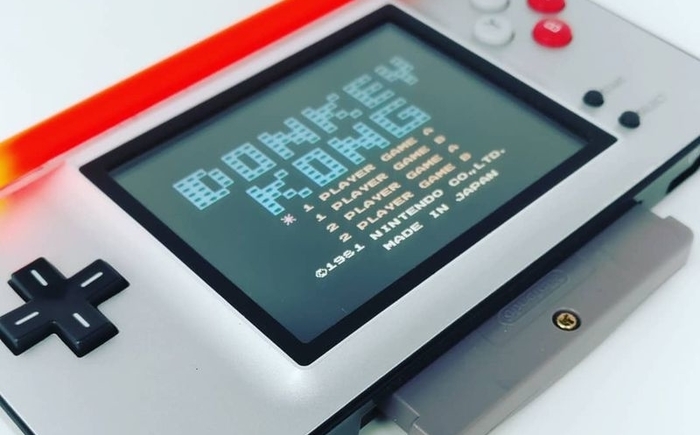 Joe Bleeps, self-proclaimed Game Boy modder and all-around geek of the internet, is giving a second life to broken Nintendo DS Lite’s by turning them into a better and bigger version of the Game Boy Micro, and he calls the project “Neon Advance.” By using just one screen of the DS system, Bleeps manages to make the system not only play GBA titles, but has re-worked the systems to still have a speaker and has attached a light bar to the top of each one with different neon-colored lights, which looks so rad. You can see some pictures of his creations right down below:

Where others see broken DS Lite consoles I see potential. I took a different approach to Gameboy Macro mods, made it into a project and called it #NeonAdvance. pic.twitter.com/iH2oJCjOp1

Considering how tiny the Game Boy Micro was when it released back in 2005, Joe’s creation is definitely something that looks a bit more snazzy, colorful, and useful. Joe has sold a few of them, as he mentioned on his Twitter, but he says that production is quite slow so he only builds them for fun whenever he has free time.

The day that Joe decides to sit down and create these masterpieces for profit, we will be there day one throwing our wallets at him until we get our hands on one. Which design out of the four in the image above do you guys like the most? Let us know in the comments section below!