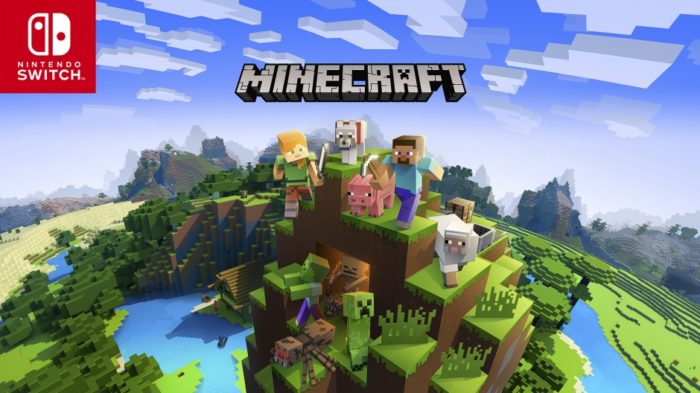 Microsoft has announced that the Bedrock Update for Minecraft on the Nintendo Switch will be released on June 21, which will allow cross-platform play with the Xbox One, PC, iOS, and Android versions of the game (though not PS4, as it does not yet have the update). The newly updated Bedrock Edition will also be receiving a physical release on Switch alongside its digital counterpart.

The Bedrock Update for Minecraft on Switch will not just allow for cross-platform play with your friends all across other versions of the game that share the update, but will also include the additions of Gamerscore and Achievements to track their progress, as well as access to the community-run Minecraft Marketplace. The Marketplace allows players and content creators in the community to buy and sell unique skins, maps, and texture packs available for use across a player’s account on any and all platforms on which they have the Bedrock Update. Purchases at the Marketplace are made using Minecoins, a digital in-game currency tied to a player’s Minecraft account which transfers between platforms just like their purchases, and (at time of writing) can only be purchased using real-world money.

The update will also allow players on Switch access to multiple servers and realms they could not access before, expanding further through the cross-platform update. It also seems to be case – according to Microsoft’s above mentioned announcement – that Nintendo of America President and COO Reggie Fils-Aime has stated “…previously released content like the Super Mario Mash-Up (is) included…”, which seems to imply that all of the Nintendo Switch Edition’s previously exclusive Nintendo-related content will still be available online and cross-platform.

Similar to the Better Together Update that released for the game last year, the Bedrock Update will be a free download for those who already own Minecraft: Nintendo Switch Edition upon it’s release. Though it should be noted that after this update, the name of the game available for purchase on the Switch eShop will simply be Minecraft. The Bedrock Update will be released on Nintendo Switch on June 21.