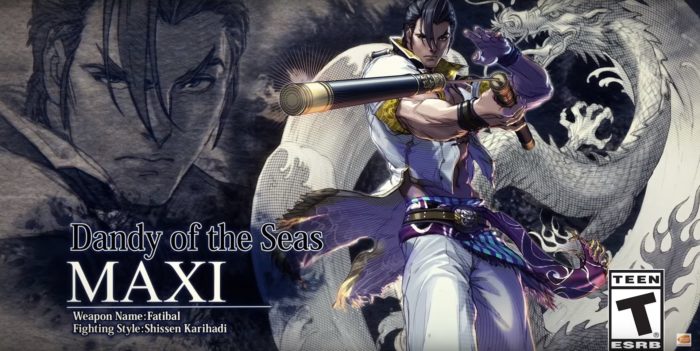 Soulcalibur VI got a new character reveal today, confirming that The Dandy Of The South Seas is back again. Maxi has been a mainstay character in the Soulcalibur series ever since the original came to arcades in 1998.

The nunchuck-wielding fighter looks to be as speedy as ever in the reveal trailer. In the video, Maxi knocks a number of other characters around with Fatibal, the name of his nunchucks. The nunchucks have a distinctive green trail following them as Maxi speedily swings them around his enemies. Using his Shissen-Karihadi fighting style, Maxi is seen in the trailer jumping off the backs of others to perform powerful combos and hitting another character with a powerful, fiery punch.

Maxi is a staple character of the Soulcalibur franchise, having appeared in every game in the series except the 2007 Wii-exclusive action-adventure spinoff Soulcalibur Legends, which only featured seven playable characters. He looks to be retaining his fashionable white pants and open jacket in the upcoming fighting game, however.

Soulcalibur VI is planned for release sometime this year, and for the first time will be running on the Unreal Engine. The fighting game set in the 16th century is due to release on PlayStation 4, Xbox One, and PC.