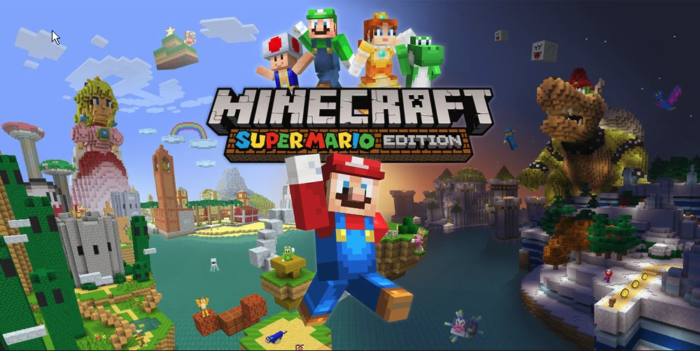 A nearly hour-long Twitch stream from the official Minecraft Twitch account yesterday answered some questions players may have had and revealed information about an upcoming update to the New Nintendo 3DS Edition of Minecraft.

The stream unveiled a new Mario-styled world in the game, the Super Mario Mash-Up Pack that’s already on the Wii U and Switch versions of the game. This blocky version of Mario features giant statues of in-game characters, pipes players can run through, mushrooms extending toward the sky, and boss castles for you to find.

With the update, the base Minecraft game on the New Nintendo 3DS will run at 60 FPS, though in order to increase the draw-distance the framerate was turned down to 30 for the Super Mario Mash-Up Pack.

An in-game store will be coming to the New 3DS Edition in the future, which the developers promise to reveal more information about “in due time.” They’re also still working on bringing the game to the European market.

The stream also revealed Minecraft’s upcoming aquatic update for the Xbox 360, PlayStation 3, Vita, and Wii U will be the last major content update for those systems, though a date for that update has yet to be announced.