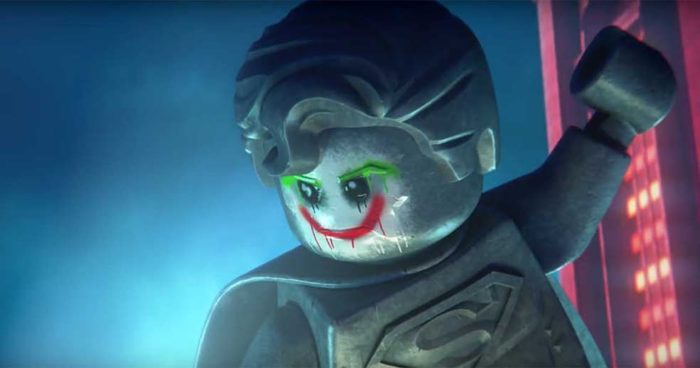 Ready for something a little chaotic? TT Games and WB Games have given players a glimpse of the new LEGO DC Super-Villains game that’s coming down the line, with a quick teaser trailer preparing folks for a full trailer to drop on Wednesday.

The 15-second video spot shows a statue of LEGO Superman, who’s been tagged with The Joker’s iconic face paint with an eerie red smile and green eyebrows. The Joker is definitely on the move, as you can hear his laughter echoing in the background. Chattering toy teeth can be seen as well, which basically all points to one thing: The Joker is coming, and things are going to get downright crazy.

The game has been rumored to release since January, though now we’re getting full acknowledgemen from TT Games and WB Games. It’ll be interesting to see which villains in particular make an appearance in the game, but we imagine we’ll see more when the full trailer drops on Wednesday.

For now, enjoy the glimpse we’ve been afforded at the upcoming entry in the LEGO series and we’ll get back to you with an update once the full trailer drops this week.