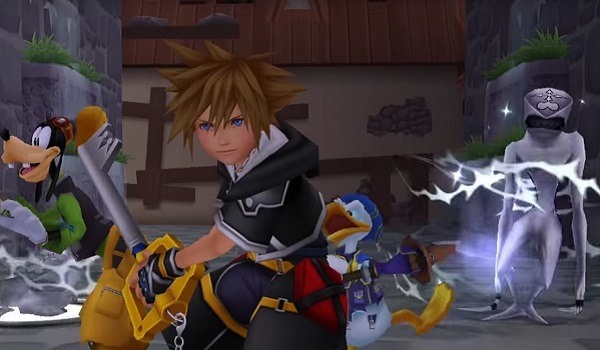 With Kingdom Hearts III set for a 2018 release date, it’s about time we finally see some more gameplay. Luckily, it seems like we’ll be getting some new impressions on the game even before E3 next month. The company will be hosting an “Invitational Premiere Event” later this week where the press will be able to play the game for the first time.

We've just been given the green light to reveal the #KingdomHearts III Invitation Premiere Event! The embargo lifts on Friday, May 18th at 6:00 AM PT! Be sure to keep all eyes on https://t.co/mLJAwRYako, as we will have exclusive hands-on impressions of the game soon afterwards! pic.twitter.com/fLPeXOUQO5

The embargo for the Kingdom Hearts III Invitation Premiere Event lifts on Friday, May 18th at 6:00am PT. Keep your eyes peeled to https://t.co/mHbut8h1gs, as we'll have our exclusive hands-on impressions later that day! pic.twitter.com/brEdUCCC5w

The embargo for the event is slated to lift on Friday, May 18, at 6:00 a.m. PT / 9:00 a.m. ET / 2:00 p.m. UK. That being said, fans should expect some new details on the game and how it plays. There could also be a chance that we learn some other information on the game, such as a possible release date. Either that, or we’ll have to wait until E3 2018 or further on regarding a formal announcement to the release date.

Kingdom Hearts III is a direct sequel to the second game on the PS2. There’s been a 12-year gap between both games, with the upcoming sequel tying up some loose ends in the main story. We’ll keep you posted with more Kingdom Hearts III details as they go live, so make sure to follow Twinfinite.