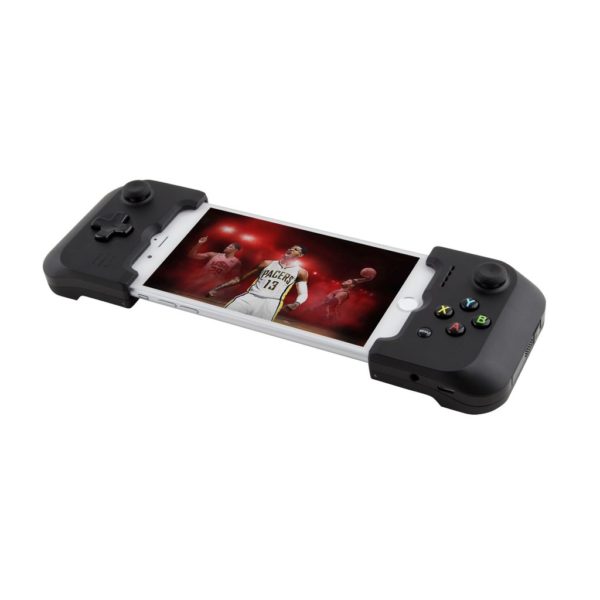 Gamevice, a mobile gaming company best known for its detachable controllers made for the iPhone, is attempting to take Nintendo to court again.

Filed on May 1 with the US International Trade Commission, Gamevice is making a claim against Nintendo citing patent infringement, specifically in regards to the Joy-Con controllers and their similarities to the Gamevice iPhone controllers. Both sets of controllers attach to the sides of their respective device and can be detached and reattached freely. The USITC announced in their official May 1 filing that it has voted to investigate certain portable gaming systems with attachable handheld controllers i.e. the Nintendo Switch the Gamevice’s mobile console gaming controllers. The filing states:

“The U.S. International Trade Commission (USITC) has voted to institute an investigation of certain portable gaming console systems with attachable handheld controllers and components thereof. The products at issue in the investigation are controller systems with parts that attach to two sides of an electronic device, such as a smartphone or tablet, and the parts fit into a user’s hands and have gaming controls.”

With this claim, Gamevice is hoping that the US blocks all further imports of the Nintendo Switch.

“The complaint alleges violations of section 337 of the Tariff Act of 1930 in the importation into the United States and sale of certain portable gaming console systems with attachable handheld controllers and components thereof that infringe patents asserted by the complainant,” reads the claim. “The complainant requests that the USITC issue a limited exclusion order and cease and desist orders.”

This filing is not the first time Gamevice has found itself at odds with Nintendo. Back in August, the company filed a claim of patent violation against the gaming giant citing that the Joy-Con controller concept was far too similar to the detachable nature of Gamevice’s controllers and their subsequent flexible bridge section. This claim was eventually dropped, though. For what it’s worth, Nintendo has experienced patent violation claims in not only its Switch era but the 3DS and WiiU era as well. In those cases, Nintendo came out on top.

Nintendo has yet to release a public comment, if any at all.