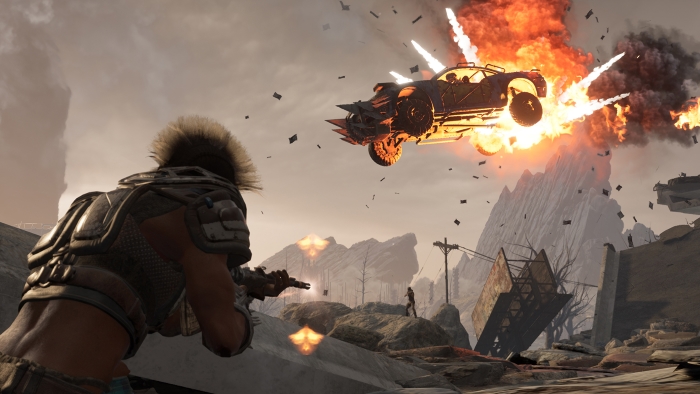 Fractured Lands drops 100 players in a post-apocalyptic wasteland to gather gear and weapons while fighting other players to be the last person standing as a radioactive storm closes in. The game also places a heavy emphasis on vehicles and vehicular combat with extra inventory space and mounted weapon upgrades found through looting.

“Your vehicle is your greatest weapon, strongest armor, and lifeline out in the wastelands,” according to the game’s official press release. “It can be mounted with scavenged upgrades, carry surplus inventory, and be used to mow down the competition. This makes it as integral to the experience as conventional arms, so stick to your ride, or even steal someone else’s wheels if you have to!”

The studio, a team of developers that have worked on the Battlefield, Call of Duty, and Medal of Honor franchises, will be holding closed beta sessions for Fractured Lands on the weekends of June 8, June 22, and June 29. Anyone interested in joining the closed beta can register on the game’s official website. Check out the announcement trailer below for brief clips of gameplay.