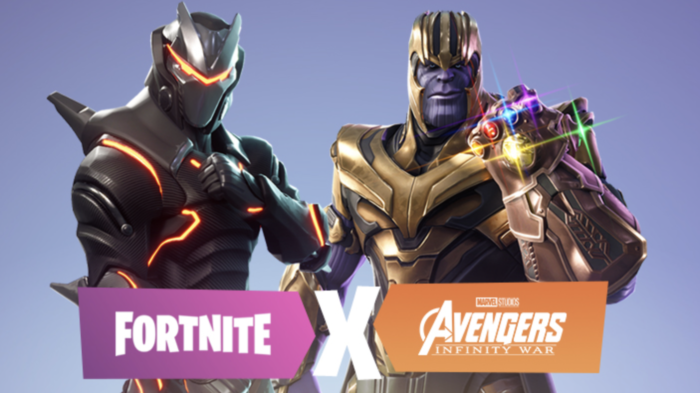 Just two days ago, Thanos saw himself nerfed in a Fornite update that came just a day after the arrival of the Mad Titan. Now, two days later, Epic Games has given him a buff.

Fornite’s usual Tuesday update, which includes new weekly challenges, brought the Infinity Gauntlet limited-time mode into the game. The day after it launched, Thanos was nerfed. Originally, the character had a shield of 300, a health bar of 700 and a power beam that did 15 damage. The nerf reduced his shield to 200, his power beam damage down to 12 and increased his health to 800.

A new update from Epic Games posted on the FortniteBR subreddit details the buff Thanos received today as well as some other changes to the Infinity Gauntlet game mode.

“We’ve just pushed additional adjustments to Thanos and the Limited Time Mashup,” the update read. “Our goal is to allow more folks to truly experience the power of Thanos, while also making you feel powerful when wielding the gauntlet.”

Thanos’ power beam was raised from its nerfed 12 to 20 damage on players. His punch damage, which has not yet been affected since the mode’s release, was raised from 80 to 100 and his health was decreased from 800 to 500. The shield remains at 200. Beyond that, the limited-time game mode received a bigger initial storm circle, less storm damage in the beginning stages of the match and the removal of Bandages and Slurp Juice. This update also increased the spawn rate of Med-Kits, Chug Jugs and Big Shields, reduced the height of the bus when dropping and increased the time it takes the gauntlet to arrive on the map.

The company also tweeted earlier today that the limited-time game mode, 50v50, has returned to the game. Now referred to as 50v50 V2, this game mode features two teams of 50 players going at one another for the win.

The difference between the mode’s previous release and V2 is increased farming resources, loot spawns and the addition of a dotted line on the map to indicate the battle lines between the two opposing teams. According to the tweet, the mode is now live.

Are you happy with this buff? Will you be jumping into V2 of 50v50? Let us know in the comments below!