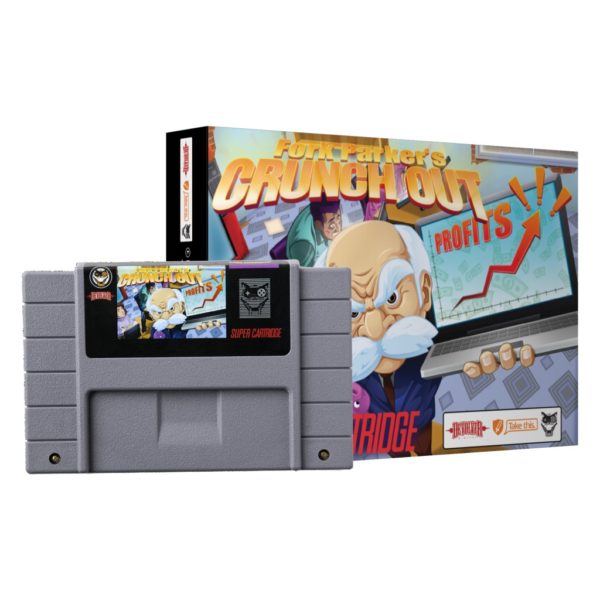 If you haven’t heard of Fork Parker before, prepare to be delighted and horrified all at once. The fictional triple-A publisher has been spouting his mind on all things DLC, microtransaction and collector’s edition for a few years now, as a satirical look at the hazards of modern video game development. His Twitter account has more than 16 thousand followers, and some of his tweets read eerily similar to real life gaming execs, if you ask us.

Now, Devolver Digital are taking it one step forward, giving Fork Parker a new game of his very own, on a platform most unexpected. Fork Parker’s Crunch Out is being made in collaboration with Mega Cat Studios and Take This, and gives an insight to the dark side of video game development, complete with unreasonable deadlines and corporate ruthlessness. Drink a lot of coffee, invest your profits back into the company to help motivate future projects, exploit unpaid interns and engage in mini-games as you push your team far too hard to churn out as many titles as possible. And it’s coming to the Super Nintendo, of all things.

It sounds irreverent, to be sure, but with an underlying element of truth beneath it all that might make you rethink forking your money over to corporate bigwigs. 100% of the profits are going to Take This, a non-profit organization that promotes mental wellness, which is very cool (albeit very un-Fork Parker).

New games being made for the beloved SNES are always a reason for celebration, and this is for a good cause, so it’ll be worth keeping an eye on Fork Parker and his hapless employees. If you’re particularly keen, there is a $149 Special Edition cartridge with a light up LED monitor built in.

NOTE: Apologies to the team at Mega Cat Studios, who we originally referred to as Mad Cat Studios at the time of writing.