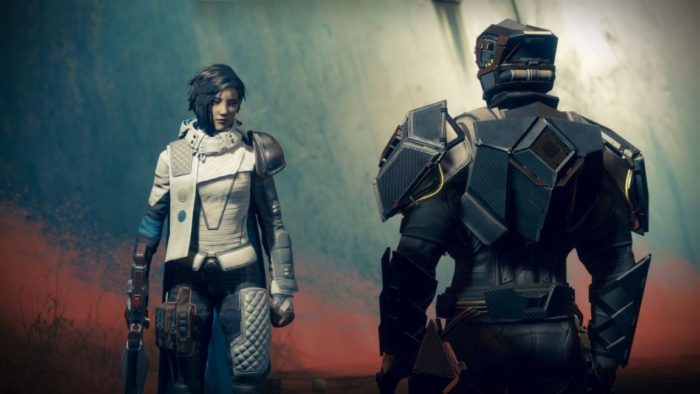 Destiny 2’s second expansion, Warmind, is out, and while I need some more hands-on time with it before delivering our scored review, I feel pretty safe in saying that it’s at least better than Curse of Osiris. For whatever that is worth.

Curse of Osiris had lots of great ideas with poor execution, that if I had to guess, was probably as a result of time constraints. More importantly, it came out during a time where everyone was counting on it to be this game-changing expansion that would shake up an endgame that had grown very stale. It didn’t do that, and more or less, just heaped more of the same onto the pile. So when 2018 rolled around and popular games like Monster Hunter: World were coming out, you can’t really fault a significant amount of the Destiny 2 population for moving on.

Let’s fast forward to the present where hordes of returning players are back to give Warmind a go – mostly because they already paid for the season pass – and play with the much improved exotic weapons. At some point, most people have probably heard the news that the raid lair, Spire of Stars, is going to be released this week. Nice! What a nice surprise. Here’s the catch though: if you haven’t been playing COO-era Destiny 2 religiously and weren’t capped and ready to go, OR if you didn’t play 100% optimally while playing catch up this week, don’t hold your breath for having any luck actually beating Warmind’s raid lair this weekend.

Destiny 2: Warmind features a soft cap of 340. What this means is that anything that isn’t dropped from a weekly source, such as a powerful engram milestone or the raid, will only drop at a max power level of 340. 340 is not going to be high enough to successfully take on the raid for all but the most skilled players in the game. The recommended power level is likely going to 350, or 30 power level below the max (non-modded) cap of 380, based on what was done with Eater of Worlds, Curse of Osiris’ raid lair. Update: The power level is 370, even rougher.

To have been ready to roll this weekend, you needed to have hit Warmind’s soft cap before getting any of your weekly engrams by having completed Eater of Worlds and/or grinding our powerful engrams prior to this week’s reset. Then, all those powerful engrams attained at the soft cap would bridge you safely over to 350+ with mods.

Honestly, though, I think it’s great. Sure, in the past it was nice to have the extra week to prepare, but instead of looking at it from the perspective of locking out returning players, think of it as rewarding the dedicated. If you were 330/335 when Warmind first dropped, you’re getting a really nice reward for your efforts and dedication throughout the Curse of Osiris era. Logically, it makes sense that those people should/would be the ones to get the first crack at Spire of Stars this weekend.

If you’re at least near 350, there’s nothing stopping you from trying Warmind’s toughest challenge, and you can at least just experience a bit. But if beating it is your goal, if it’s anything like other raids, the final boss at the least is going to require some pretty heavy DPS to clear, and there won’t be any 380s this week to carry you through.

So enjoy Warmind’s new raid lair this weekend Ye Destiny 2 faithful. For everyone else: hit that soft cap, and if you’re still around next week, clear those milestones and be ready to roll some time around Tuesday.