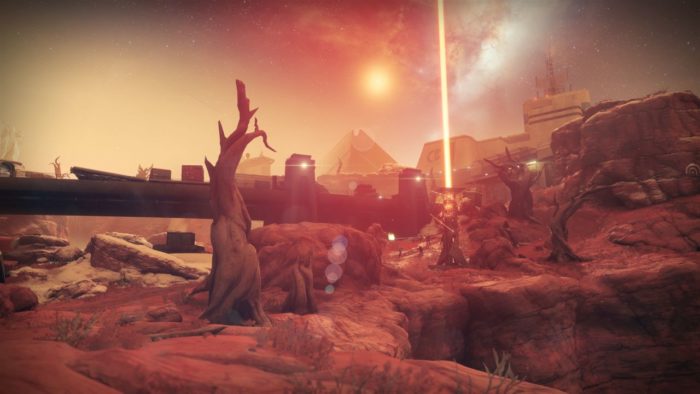 With the release of the Warmind expansion for Destiny 2, Bungie has introduced a brand new endgame activity called Escalation Protocol. Similar to the Court of Oryx and Archon’s Forge that came before it, Escalation Protocol is a horde mode public event that lets you earn great rewards and loot. Unlike the Court of Oryx and Archon’s Forge, however, Guardians are going to need to wait a week or two before they can start to really enjoy this new content.

To access the new event, you need to have completed the Warmind story campaign. With the expansion, the Power level hard cap has been raised to 380, and the soft cap has been set at 340. The recommended Power level for Escalation Protocol is 370. Naturally, Bungie wants you to grind a little before you get to check out the new stuff, which is a good thing. One of Destiny 2’s core problems stemmed from the fact that players were just receiving handouts for every little thing they did. The grind ended too soon, and none of the Exotic weapons at launch and in Curse of Osiris were really worth grinding for at all. This time around, the problem is that the grind is now time-locked.

After finishing Warmind’s campaign, most Guardians should find themselves at around 330 Power or so. The next step would be to participate in some public events and grind for Legendary engrams to hit that 340 soft cap. Once you do that, the next logical step would be to take on Heroic Strikes to try to inch slowly to that 360 or 370 threshold so you can finally attempt Escalation Protocol and get ready for the new Raid Lair. Well, here’s the kicker: Heroic Strikes have a recommended Power level of 350, and the drops are capped at 340. There’s no reason to run Heroic Strikes, aside from getting the Weekly Milestone for Power engrams. If you can find enough people to run the Raid with, you could very well surpass 350, but solo players aren’t gonna get that lucky.

The long and short of it is, once you’ve hit the 340 cap, it’s time to start turning in your Weekly Milestones to boost your Power level. And once you’ve exhausted all of that, you might hit 350 (if you’re lucky), and you still won’t be powerful enough to clear Escalation Protocol.

It’s a shame because Escalation Protocol itself is a really fun event to get into. There are seven different challenge levels, and while it is possible to clear level one with a group of players around the 350 threshold, it’s going to be next to impossible to clear the next one. Each level presents players with a few waves of enemies and an objective. For instance, level one has you clear out a wave of enemies before tasking you with purging a shadowrift. You’ll want to clear this as quickly as possible to have enough time for the final boss of level one, a damage sponge Ogre that can kill you within seconds. It’s challenging, which is very refreshing for a game like Destiny 2. But it also continues to suffer from flaws that players have been talking about since the good ol’ days of Destiny.

For starters, level one is nigh impossible to clear with a Fireteam of three people. You need at least five or six people. The problem is, you can’t have a Fireteam of six people. The fun factor of Escalation Protocol is heavily reliant on you finding a group of like-minded Guardians on Mars who are willing to give it a go. When Archon’s Forge was released in the Rise of Iron expansion, players figured out that crouch-walking into the Forge would make it more likely for you to run into other Guardians because the servers would have more time to matchmake you. It was a silly solution back then, but it worked. We still haven’t figured out a similar workaround for Escalation Protocol aside from reloading the area over and over again, or sitting on the metal panel, waiting and hoping for other Guardians to come by.

Secondly, Escalation Protocol doesn’t have a smooth grind curve. Court of Oryx and Archon’s Forge were designed so that players of all Light levels could participate. You could present a tier 1 item to summon an easier challenge and get lower leveled loot, and as you increased your Light level further, you could use tier 3 items to summon tough bosses for a shot at getting the good stuff. As mentioned before, Escalation Protocol does have seven challenge levels, but at the moment, there’s simply no way to clear the level one challenge unless: (a) you have five other people at 345-350 Power with you; (b) you grind out your Weekly Milestones until you’re 370 and can reliably attempt it with a regular Fireteam of three. Going for latter simply means that you have to wait a week before you get to increase your Power level, and even that is dependent on whether you get drops for the weapon and armor slots you need to level up. And we’re back to Destiny 2’s core problem of the grind being time-gated.

Within a couple of weeks or so, Escalation Protocol is going to be a very exciting prospect for non-Raid Guardians who have been itching for more PvE content to do aside from just Strikes (which are hilariously pointless at the moment) and Nightfalls. Until then, it’s back to the weekly grindhouse.