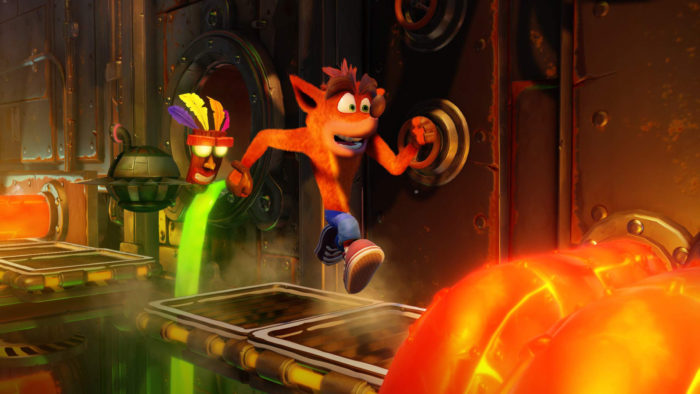 Crash Bandicoot is making his debut on Xbox One, Nintendo Switch, and PC a little earlier than previously announced. Though he was originally coming to additional consoles beyond PlayStation 4 on July 10, he’s now headed to the new platforms on June 29.

Activision just made the announcement today, noting that the fervor surrounding the fact that the bandicoot is coming to other platforms was the “push” he needed to get ready even sooner for fans. Now you’ll be able to play the game even earlier than before, so as the official Activision blog states,
get ready to “jump, wump, spin, smash and Crash” on platforms beyond PlayStation 4!

There’s a new trailer out for your viewing pleasure to accompany the announcement, which you can check out below. Hopefully this excitement surrounding Crash will turn into a revival of sorts for the games, and we’ll see a brand new game announcement coming down the pipeline soon. We can dream, right?

Crash has defeated N. Tropy and is giving fans the gift of time! The N. Sane Trilogy is launching on new platforms early — June 29, 2018! pic.twitter.com/cbMtgUGBmM

Are you waiting patiently for a new announcement, or will this new release date help to tide you over until you can sink your teeth into a new adventure? Let us know in the comments!