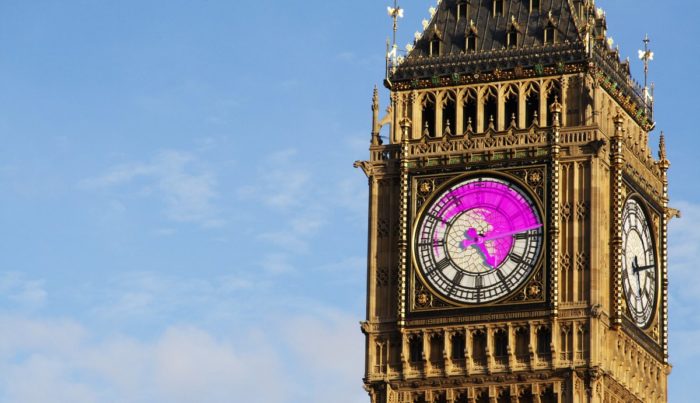 Bethesda has been dropping hints and teasers on Twitter for the past couple of days, for something.

Bethesda has been busy dropping a few teasers on Twitter, and we’re trying to puzzle out what exactly is coming. All we’re sure of for right now is the fact that it involves something pink, but to what end? Bethesda isn’t exactly a franchise with many pink things, as it is, so this is a real head-scratcher.

An image of the Big Ben with the clock pointing to 5:14 and a splotch of pink on its face as well as a picture of a rocket blasting off with a pink tip and pink-tinted clouds showed up on Twitter. “5-14” is off to the side of the rocket. What does the pink signify? We’re working to figure that out.

Either way, we know that something is apparently going to happen on May 14, by way of some kind of announcement or some other happening. As far as what game it entails, we’re just not sure at this time. The only real pink color we saw from the company recently was in the image it used to respond to Walmart Canada’s hilarious slate of placeholder listings it put up recently, as Bethesda scribbled all over its Rage 2 “leak” with pink writing and doodled.

Nothing’s set in stone just yet, of course, but we’ll be watching and waiting to see what’s around the corner.