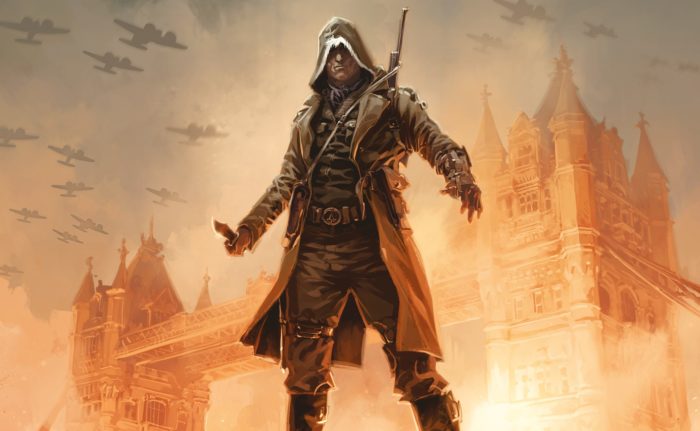 The new Assassin’s Creed Conspiracies is a two-part miniseries which debuts on Aug. 1, in stores and online. Written by Guillaume Dorison with artwork by Jean-Baptise Hostache, this series originally released in French. This will be the first time it is published for the English audience.

Conspiracies is set in an era new to the Assassin’s Creed series, World War II. It tells the story of Eddie Gorm, a new member of the Assassin’s Creed Brotherhood who is given a daunting task against the Templars. Gorm discovers Templar plans to create a new catastrophic weapon during the early atomic age.

Prior to release, Titan Comics shared a few pages to give a glimpse of the artwork and intensity of the story’s setting:

Earlier this year, Titan began the release of a four-part miniseries that takes place soon after the events in the Assassin’s Creed Origins game. Titan has previously released other comics based on major video game franchises such as Bloodborne and Dark Souls. A comic for Life Is Strange will release later this year.