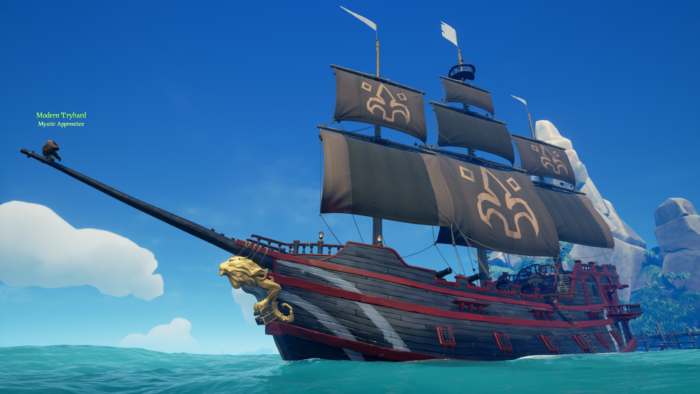 If Sea of Thieves is more fun to you when you can control who drops in and out of your crew, there’s an update coming that you’ll definitely want to pay attention to. Soon, there will be an update coming through that’ll let you choose whether or not your crew can be joined by randos via matchmaking or if it’s closed for business. You’d think this would have been available at the onset, right?

Right now, you can’t keep others from being matchmade with you as long as you have an open spot in your crew, even if you wanted to hold a spot for someone who’d be joining the game at a later time. This would normally lead to placing the unwanted player in the brig, which was not only frustrated for those in the brig, but for those looking to play with a certain set of friends or acquaintances online. Now that’s all about to change, as Rare notes in its latest blog post about the update.

“We hope this mitigates one of the key reasons for people misusing the brig,” the blog post reads. “It also has the added benefit of allowing players to sail the galleon with a smaller crew if they desire, or the sloop with a larger crew. We’ve had a lot of feedback and requests for this so we’ll be very happy to deliver this functionality.”

In the future, if you want to talk to random people and don’t mind if they join your game, you’ll also be able to sort your matchmaking preferences to include people with a microphone so you can help improve your communication while playing together. This is one game that certainly needs it.