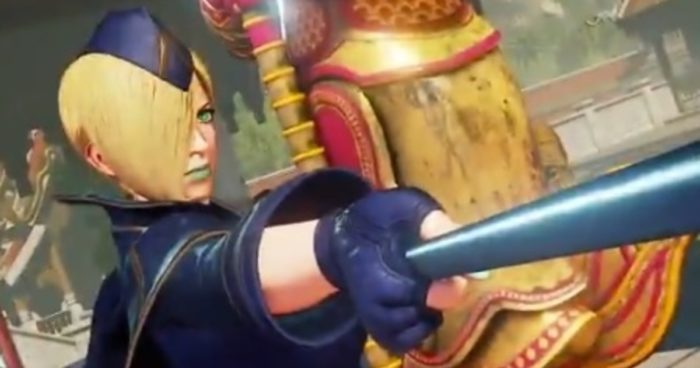 Capcom is adding a new DLC character in the form of the “Guardian Hawk” Falke, who will be joining Street Fighter 5 this month. As the third DLC character from the game’s third season and a brand new character for Street Fighter entirely, False proves an interesting addition to the roster, as you can see in the new gameplay trailer showcasing just that.

Falke herself fits into the Street Fighter story as someone who was rescued by character Ed, after suffering for years at her tormentors’ hands. She and Ed scared Shadaloo and now work on the “right” side of the law, so to speak. With her ability to use Psycho Power and infuse objects with it, she’s going to be a formidable fighter for sure. With her Harmony staff, she looks like she’s going to be a fantastic ranged fighter with a few goodies sprinkled in just in case she needs to clobber someone in close range.

As the trailer suggests, Falke can also shoot off projectiles, with moves like Psycho Schniede (uppercut), Katapult, which is more like a kicking pole vault move, and more. What we could really talk about for hours, however, is her sleek outfit and haircut. This is going to launch a million cosplays, that’s for sure — and why not? Falke looks just like a boss. Check her out in the video below.