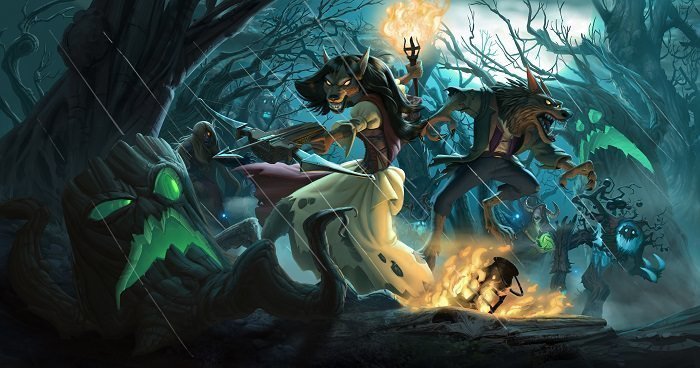 Today new Hearthstone: The Witchwood cards were shown off via livestream on the official Hearthstone Twitch channel which featured streamer/educator Day 9 and game director Ben Brode. While we now have a much clearer look at the new cards coming via Witchwood, two legendary cards in particular will likely have hardcore fans buzzing: Prince Liam and Shudderwock.

Prince Liam, upon use, will turn ALL of your 1-cost cards into legendary minions. Yes, all of them. Simple as that. It costs five mana and has five attack and health.

Shudderwock on the other hand, is a lot more complicated but potentially, even wilder. Shudderwock has a very unique battlecry when used. Shudderwock will actually repeat every other battlecry played by you in the game so far. So as long as the effect can be repeated (Prince Liam for example wouldn’t have an effect since you already turned all your 1-cost cards into legendaries and there’s no value in doing it again), it will be repeated when Shudderwock is played.

Hearthstone is way over my head, but even with my basic knowledge of the game, I can figure out that both of those cards are quite game changing. Especially true with Shudderwock, will force you to rethink how you build your deck and how you play.

Hearthstone: The Witchwood will be live this Thursday April 12.