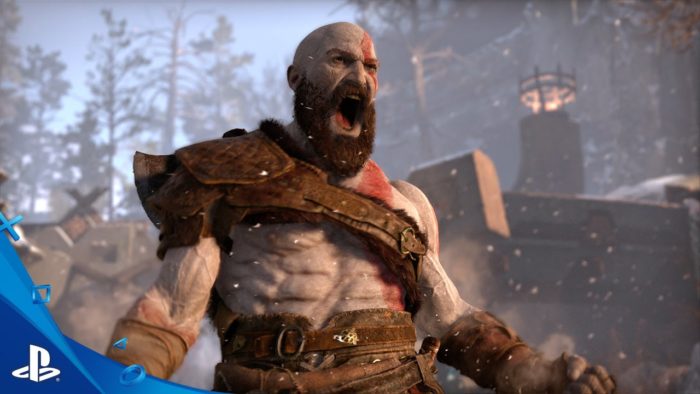 Editors note: This list includes home console first-party games only. Xbox One exclusives that also appear on PC such as our first entry here are being counted on this list. We’ll update this list as new first-party home console exclusive games are released.

Gears of War 4 was a hugely anticipated installment to one of the Xbox brands’ most iconic titles. Along with Halo, the Gears series helped to build a reputation for Microsoft’s first-party exclusives in the early years of the original console, and its debut on the Xbox One promised gorgeous visuals, scintillating action, and the most poignant story in the series so far. The stage was set for a less whimsical, tonally darker version of the brotastic shooting we’d become accustomed to.

Unfortunately, while Gears of War 4 certainly did impress in certain areas, it didn’t quite manage to stamp its mark as the definitive game of the franchise. The game’s 84 Metacritic score is respectable, but lower than some of the earlier games on the Xbox 360.

Once upon a time, Forza felt like a pretender in the racing sim genre. Stood next to Sony’s Gran Turismo series, Microsoft’s own offering was scoffed at by purists for its more arcade like controls and a smaller selection of vehicles. Fast forward to 2018, and Forza has now grown into the premier racing sim on the market, arguably trumping its competition in almost every category. The seventh version of the game is unbelievably gorgeous, featuring supremely detailed cars and impressive dynamic weather effects, and it has a superior number of varied racing modes and tracks.

One of 2017’s big highlights, Horizon Zero Dawn stunned the gaming industry with its incredible blend of stellar sci-fi storytelling, open world design, and drop dead gorgeous graphics. The game’s robot-dino enemies and warring human tribes teed up a narrative premise that felt refreshingly inventive and unique, and that’s something to be savored in an industry that has a habit of regurgitating in-vogue trends.

In the end, Horizon Zero Dawn was celebrated by critics and users alike, peaking at an impressive 89 on Metacritic. Guerrilla Games’ first attempt at an open-world RPG has essentially reset the benchmark of what we’ve come to expect from the genre.

Forza Horizon is developer Turn 10’s open-world racing adventure spin-off, and it’s absolutely fantastic. The third iteration of the game has made all the right sort of improvements, and it’s arguably the most entertaining racing package out there right now.

Set in the varied topography of the Australian continent, players go down-under to take part in all sorts of racing modes across the deserts, rainforests, and spectacular coastline. While customization and car choice remain impressively detailed, there’s less emphasis on tire pressures and engine tweaking, so it’s more accessible to casual racers.

Without a doubt, Forza Horizon 3 deserves its stunning 91 score. It’s the highest rated racer of this current console generation.

Fumito Ueda’s seminal masterpiece has been reworked by Bluepoint Studios for a re-release on PS4, and it’s perhaps the most beautiful game on the console. This truly is video game art, from the atmospheric expanses of its eerily empty plains to the awe-inspiring spectacle of its giant Colossi.

Incredibly, fifteen years after its release, it still holds up as a must-play for any gamer, regardless of age or attachment to the original. Sure, the PS2 lineage of its code occasionally frustrates, but it never falters to such an extent to spoil the experience.

There truly is something quite unique and special about Shadow of the Colossus, and that’s reflected in the game’s 91 Metacritic score — truly astounding for a remake of such an old game.

The Mario Kart franchise has been around since the days of the SNES, and it’s arguably become the most successful spin-off title of all time. Mario Kart 8 already set records back on the Wii U as the console’s fastest selling title, accumulating 2.82 million within a single month, and then its best selling game overall.

Now repackaged as a Deluxe version for Switch featuring new tracks and modes, this definitive version has been lauded by many as one of the greatest Mario Kart games ever. The game’s 92 Metacritic score is only surpassed only by Mario Kart Super Circuit on GBA at 93.

The Uncharted series has long been Sony’s flagship exclusive franchise, and the game’s fourth entry arguably reaches its highest peak. With a graphical fidelity that is unrivaled, Uncharted manages to realize a cinematic quality that is among the best ever made to-date. Add to the mix more expansive environments, better stealth gameplay, and tighter controls this time around, and you’ve got the makings of a critical darling. No surprises, then, that Uncharted 4 absolutely cleaned up almost across the board when it came to review scores. Achieving full marks from multiple publications, it’s seen as a perfect ending to Nathan Drake’s adventures.

God of War’s 2016 E3 announcement set the roof on fire at the Sony press conference, especially when it was revealed that Kratos would be reprising his role as the game’s main protagonist. Since then, we’ve been treated to snippets of tantalizing gameplay and story footage showcasing a new spin on the iconic PlayStation franchise. A different camera perspective, less linear focus, and a more poignant narrative looked as if it might very well reinvent God of War in the best possible way.

Yet nobody could quite have predicted the response would have been this positive. God of War has utterly smashed it, now surging to claim number one spot as the most critically acclaimed PS4 first party exclusive ever. Showered with praise across all facets of its design, God of War may well be remembered as one of the PS4’s crowning achievements in the years to come.

How does Nintendo do it every time with Mario? Just when you thought that platforming couldn’t possibly get any better, the team behind Super Mario Odyssey has once again outdone itself. Mario’s ability to control enemies throughout the world with his Cappy hat, Odyssey’s brilliant level design, and the addictive collectathon of obtaining all the game’s Moons combine to produce a truly memorable gaming experience.

It might look on the surface like a re-jazzed version of Mario Galaxy, but believe the hype: Odyssey is without question one of the best ever games ever made. A must play for all gamers with a Switch.

The first proper open-world rendition of Hyrule is perhaps one the most compelling and captivating environments ever imagined. The go-anywhere-do-anything design is realized via innovative traversal mechanics, and the game is a sum of hundreds of tiny but incredible details culminates to produce astonishing results. Breath of the Wild hasn’t just shaken up the Zelda franchise, its innovation has completely moved the entire open world genre forward.

There’s no question that Breath of the Wild will be remembered as a seminal open-world game in years to come. Trumped only by Ocarina of Time, it’s among the best ever reviewed Zelda games on Metacritic and the highest scoring title of the generation so far.